Unfortunately that wasn’t the only hiccup to occur on the night which could be linked, however tenuously, to me. You won’t find this on the DVD of The Wall Live In Berlin, but the show actually came to a halt twice due to power failures. The first occurred during The Thin Ice. Some might say it was my fault, but I blame the “surrogate band”, The Scorpions.

As most would know, they made a grand entrance onto the stage in a stretch limousine. But just before they were to come on they had a fight backstage with the chauffer. They’d cracked it with him because there was no champagne on ice in the back of the limo! They were getting stuck into him so bad that he got out and walked off, muttering something in German, along the lines of “I don’t need this. If I’m going to be abused, I’ll be abused by a guys from a decent rock band. Not some third-rate outfit named after an insect!”

So this suddenly threw a rather large spanner in the mud. Fireworks were going off, the crowd was going berserk, and backstage the motorcycle escorts were revving their bikes as if they were at the starting line of a motorcycle Grand Prix. All this as a stretch limousine sat driverless, with a bunch of knuckleheads in the back arguing over who was gonna go and get the bubbly for the ice bucket.

Roger Waters, meanwhile was as wild as a rattlesnake in a sackful of …er…scorpions! He chased after the chauffer, but wasn’t able to bring him back. So he kicked the guy so hard up the backside it sent his chauffer’s cap sailing into East Berlin! 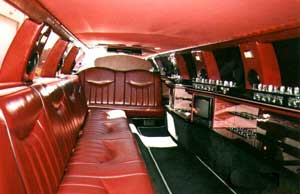 He was frantic. He needed a driver right there and then, or the show was over before it even started.

Guess who just happened to be standing in the worst possible place at the worst possible time. Yes, Magoolie. I was standing beside the limo because The Scorpions were calling out to me for help. The idiots had got themselves locked inside! I wasn’t actually going to help them, just laugh at them. But instead, the next thing I knew Roger was shoving me into the driver’s seat, telling me to “hoof it round the front, pronto!”

Two problems: One; I’d never driven a stretch limousine before. And in case you hadn’t noticed, those particular vehicles are just a tad longer than your average car. Two; I’d never driven a left-hand-drive vehicle before. But I was given no choice here. I had to hit the stage, and do it fast!

Somehow I was able to manouvre the thing out the front. I pulled up and dropped off the Kook Klutz Klan, then headed back to the rear of the stage with the concert miraculously under way.

It was there that the problems started. I parked the limo and got out, relieved that I’d done my job without causing any catastrophes. But suddenly, due to requirements for the stage rigging, and various other accessability considerations, the limo could no longer be parked in its original spot. I had some guys telling me to park here, some saying park there, others speaking German, saying “something something something Dumkopf!” ( I understood that bit.)

Finally, after about four different moves I backed the car into this tight little space near the wire fence. As I eased it back I noticed out of the corner of my eye a figure on the other side of the fence, about half way up. It was the chauffer. He’d climbed over the fence to retrieve his cap, and was now trying to get back again. He was a mess, and his uniform had a tear up the front. Oh, and he was yelling something. 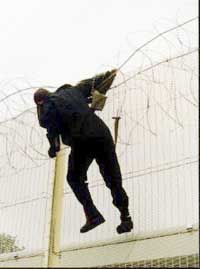 I realised he was yelling at me just a moment too late. Crunch! The back of the limousine hit something. Something rather important. The power generator.

I jumped out of the car and into the dark, eerie silence I had just created.

As chaos was setting in, the chauffer scaled the fence and staggered round to survey the damage to his car. Torches were shining in our faces, as scores of irate stage crew arrived on the scene. The chauffer got in and moved the car forward, but once he got out again he was set upon by some of the roadies who mistakenly thought he’d caused the accident. I tried to explain that it wasn’t him, but no-one spoke English! So I was powerless to stop them kicking his backside for the second time that night. And if that wasn’t enough, as he massaged his aching posterior, one of the roadies grabbed his cap and hurled it back over the fence again!

I could do nothing but get the hell outta there. But fortunately, with the frenzied efforts of an army of trained technicians, within a short space of time the power was restored, ( proving the old saying, “many huns make light work” ) and the concert resumed.

I know what you’re thinking. Didn’t I say there were two power failures? Yes, that’s right. And as you read on I think you’ll agree that I had nothing to do with the second one either. The poor old limousine chauffer had become so irate at the treatment he’d been copping that he was actually starting to go a bit loopy. He was incensed about having to go and retrieve his cap again, but was not up to physically scaling the wire fence for a second time. So he got hold of a pair of wire-cutters from among the technicians’ tools, and set about hacking a big hole right through the fence.

By the time he’d made a hole large enough, a massive crowd of East Germans – who’d been unable to afford tickets to Roger’s extravaganza – converged like a swarm of bees and poured through the hole in their thousands, and the chauffer was trampled underfoot.

He managed to save himself by crawling under his limousine, and once the incoming hordes had dwindled to just a few stragglers, he got out from under the car and staggered through the hole in the fence. To his dismay, he found his chauffer’s cap tattered and torn, and flatter than a pancake under an elephant’s backside. This was the last straw.

He opened the boot of the limousine and pulled out the tow-rope. He attached it to the car, then quietly drove to the other side of the back-stage area and connected the other end to the massive, inflatable schoolmaster, which had just been pulled down after its appearance in Another Brick In The Wall Part 2.

In a scene far more unbelievable than anything taking place on the stage itself, the chauffer took off, with the huge, and only partly deflated schoolmaster dragging behind! ( I only wish we could have access to some of the discarded video footage of the first attempt at Mother. I’m sure we’d be able to catch sight of at least some of the mayhem which was caused backstage at this moment.)

The limousine careered across the back of the stage, with the rubber schoolmaster flailing madly behind. Van Morrison, Rick Danko, Levon Helm and Garth Hudson were rehearsing Comfortably Numb as the crazed chauffer sped through the middle of them. The three guys from The Band were quick enough to dive out of the way, but the tubby Van Morrison was utterly steamrolled by Gerald Scarfe’s maniacal rubber dummy.

As the cloud of dust cleared he was helped to his feet, looking like he’d been battered about the head with a million balloons. ( He was shaken but otherwise ok. When asked how he was, he said “There is no pain. That car was speeding.” He dusted himself off and straightened his clothes, but as you’ll notice during the performance of Comfortably Numb, he completely forgot to fix his hair! )

Fortunately the limousine madness backstage lasted only a few brief moments. Some roadies raced in front of the car, causing the chauffer to veer to the right, coming to a crashing halt, smack-bang into….. guess what – the newly repaired power generator!

In the inky blackness which once again descended, the chauffer was accosted and eventually subdued.

The ambulance which was on hand for the beginning of Comfortably Numb doubled as a perfect holding station, and was stocked with just enough sedatives to keep him out of action – and consciousness – for the rest of the night.

On stage during this second interruption Roger fell to his knees, and prayed for a bolt of lightning to strike Albert Magoolie! Once again he leapt to the wildly erroneous conclusion that I was the cause of the problem.

The rest of the concert proceeded without too many more disasters. A second limousine was required because of the damage to the front and rear of the first one. And I was kept busy fixing the marching hammer logos to the replacement vehicle. Fortunately the new limo also came with a new driver, and most importantly, champagne on ice in the back! After the show The Thin Ice and Mother were performed again – with the power staying on – and were later spliced into the concert video.

I was warned by several of the guest performers that Roger was out to get me. Rather than try to clear my name by explaining to Roger what really took place backstage, I took off with The Scorpions, who’d commandeered the mad chauffer’s limousine, and got them to drop me back at my hotel.

They were doing a late night gig at some Berlin pub, and invited me to join them. But with an early departure back to Australia the next morning, I declined. ( It was the best excuse I could come up with on the spur of the moment. Even though I knew my attendance would probably have doubled their audience. ) 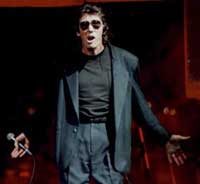 So my Wall In Berlin adventure came to a rather uneasy end. But there’s one final note I’d like to add in closing this chapter. I said earlier that Roger spent the whole time leading up to the concert wearing headphones, and that we all assumed he was listening to The Wall over and over. Well, as a result of a dare from Graham Broad, I snuck up behind him one day and lifted them off his head.

To everyone’s surprise, and to Roger’s embarrassment, and as confirmation that this entire production was nothing more to Roger than a prelude to a greater musical event to come, from out of the headphone speakers came the subtle, quivery tones of Maurice Chevalier, singing “Thank heavens, for leeettle girrls….”