After a 4-year hiatus from the road, Roger Waters’ “This Is Not A Drill” 2022 North American tour finally landed in Toronto last night at Scotiabank Arena on July 8th. This tour features Waters performing “in the round” on a customized stage with a massive intersecting video feature that was truly impressive. Before the show, people were photographing this darkened stage structure like the monolith from 2001: A Space Odyssey, as an occasional glitch of intermittent noise echoed throughout the venue, sounding like a winged insect landing on a microphone.

Originally scheduled to begin at 8 pm, Waters eventually took the stage at 8:45 pm, giving patrons extra time to enter the venue. The nationwide Rogers data outage experienced throughout the day cast doubt on whether the concert would even go on. With paperless ticket entry now the norm, people weren’t sure if their tickets would come up on their phones, and the venues likely weren’t sure they’d have the resources to scan them after the requisite entry security check. Add in Keith Urban’s show at Budweiser Stage and The Weeknd’s Rogers Skydome show this same evening, the Gardiner closure at Jarvis, and the ongoing setup for the Honda Indy next weekend, out of towers had a challenging commute into the core. The Rogers outage also impacted parking lots relying on a network to give cars entry and a payment option afterward. Welcome To The Machine!! 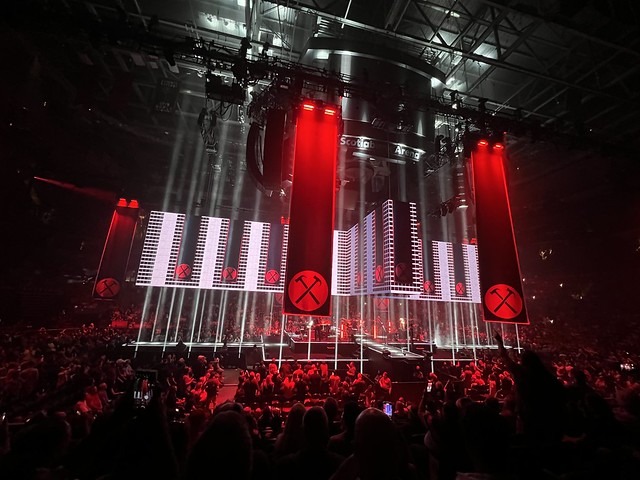 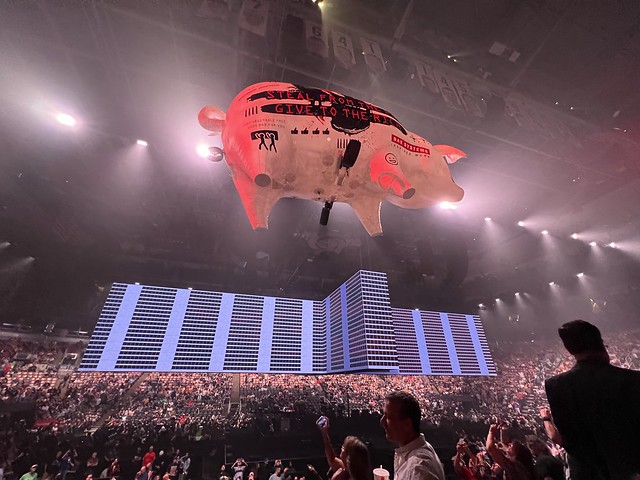 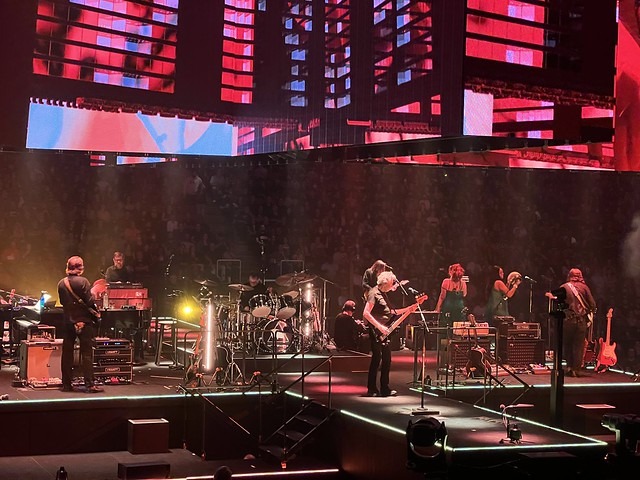 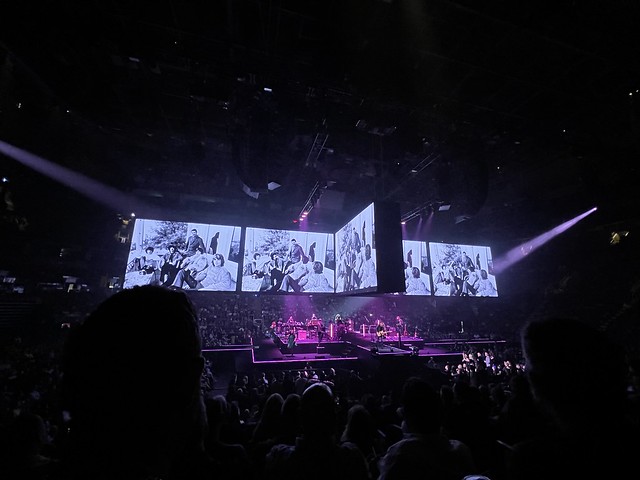 The 150-minute performance consisted of twenty songs culled from the Pink Floyd and Roger Waters repertoire, including “Money,” “Sheep,” “Wish You Were Here,” and “The Powers That Be.” Waters previewed a new song written during lockdown entitled “The Bar,” a dog he reprised to wrap up the performance. The show opened with a heavy hitter – Comfortably Numb – performed in a darker fashion featuring ominous post-apocalyptic video footage reminiscent of the end-of-the-world blockbuster movies we are familiar with. Rather than the song’s usual guitar solo, a “Great Gig in the Sky” vocal solo took the piece to its well-known crescendo.

Every song performed during This Is Not A Drill features unique accouterment through video footage, lighting, wardrobe, or the requisite Pink Floyd inflatable. Every song was special in some way; I enjoyed the makeshift scrolling Twitter feeds during “Sheep” posted by username @BlackSheep that synced up perfectly to the voice box vocals featured in the song. “With bright knives he releaseth my soul. He taketh me to hang on hooks in high places. /3” Very Orwellian indeed.

Waters has never been one to pull a punch in politics. Numerous moments during This Is Not A Drill are rife with political insight (or exposition). Whether you are left-wing, right-wing, or simply one of the pigs on the wing, there are many stimuli begging the viewer to question where we are as a race of beings.

his Is Not A Drill features Waters on lead vocals, guitars, bass, and piano. Roger is joined on stage by Jonathan Wilson on guitars and vocals; Dave Kilminster on guitars and vocals; Jon Carin on keyboards, guitar, and vocals, Gus Seyffert on bass and vocals; Robert Walter on keyboards, Joey Waronker on drums; Shanay Johnson on vocals; Amanda Belair on vocals and Seamus Blake on saxophone. During the suite of songs from Dark Side Of The Moon, Waters sings on Money and then pulls back on vocals for “Us and Them,” “Any Colour You Like,” “Brain Damage,” and “Eclipse,” allowing Jonathan Wilson and Dave Kilminster to feature prominently, with Shanay Johnson and Amanda Belair harmonizing heavily on the last songs.

Roger expressed his adoration for Toronto, mentioning how often he’s been in the city and how much he enjoys returning. As he brought the show to its conclusion reprising “The Bar,” the entirety of his band surrounded him at the piano as he performed. Then they all picked up and walked the perimeter of the massive stage, waving to the crowd as they wrapped up the evening with a marching band version of “Outside the Wall.” A classy end to a majestic live music experience. 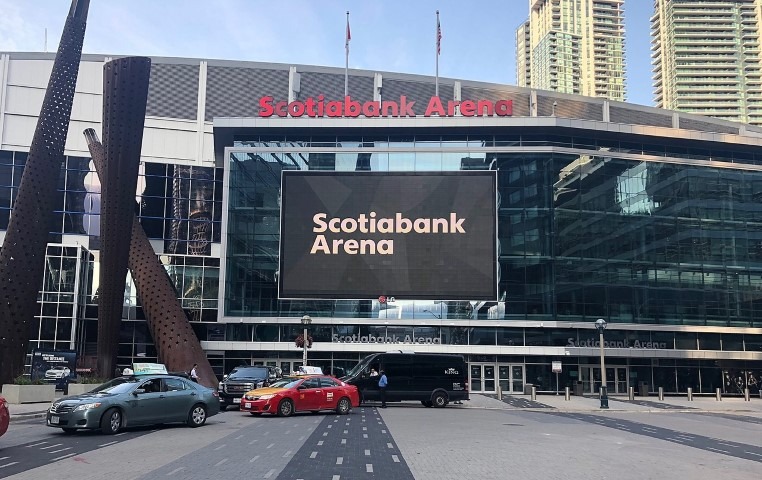 Scotiabank Arena, formerly known as Air Canada Centre (ACC), is a multi-purposed arena located on Bay Street in the South Core district of Downtown Toronto, Ontario, Canada. It is the home of the Toronto Raptors of the National Basketball Association (NBA) and the Toronto Maple Leafs of the National Hockey League (NHL).

The arena is 61,780.5 square metres (665,000 sq ft) in size. It is owned and operated by Maple Leaf Sports & Entertainment Ltd. (MLSE), the same group that owns the Leafs and the Raptors, as well as their respective development teams.