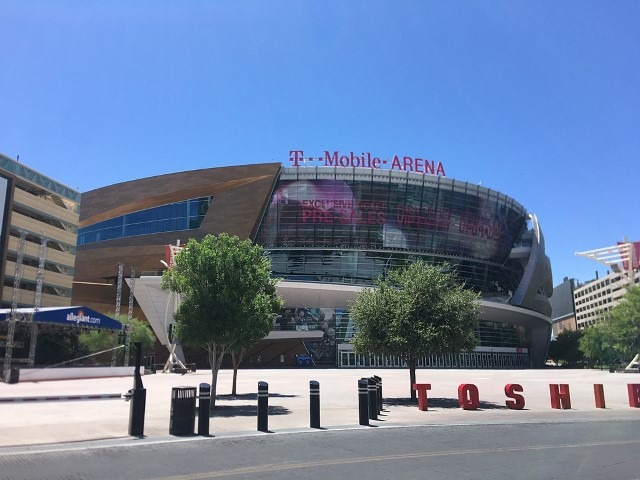 T-Mobile Arena is a multi-purpose indoor arena in Paradise, Nevada. Opened on April 6, 2016, it is the home arena of the Vegas Golden Knights of the National Hockey League (NHL). A joint venture between MGM Resorts International and Anschutz Entertainment Group (AEG), T-Mobile Arena is situated on the Las Vegas Strip near the New York-New York and Park MGM casino hotels.

T-Mobile Arena has hosted various sports and entertainment events, with the latter including concerts, award shows, and beauty pageants. The arena has also hosted various combat sport events, including mixed martial arts (MMA), boxing, and professional wrestling. MMA promoter Ultimate Fighting Championship (UFC) signed a long-term tenancy agreement with T-Mobile Arena in 2017, under which it agreed to host four events per-year over the next seven years.