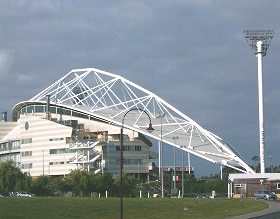 All pictures below & ticket scan thanks to Peter Wright

The band was just fantastic, that is really what I think. Oh by the way, THIS ONE is Pink..

Visually, Roger has pulled out all the stops on this tour, the large LED screen providing some stunning visuals to accompany the aurally sumptuous feast. The pyrotechnics and inflatables (yes….they finally found their way to NZ) adding to the mix without looking tacky. 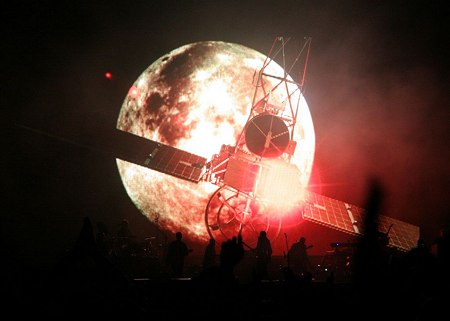 I’m not going to wander through the set song by song, they were all very well played, and I saw no evidence of Roger lip-synching, though his voice has some electronic treatment in places, especially Have A Cigar….but it was so well mixed that it sounded fantastic.Overall, Rogers singing was strong and confident.

Highlights for me were Perfect Sense – PP Arnolds vocals are still amazing. Leaving Beirut  has come into its own in a live setting, with amusing comic strip pictures on the screen telling the heart-warming story of Roger’s night in The Lebanon. 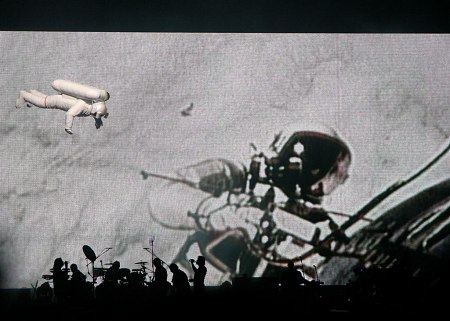 Roger’s slagging off of George Bush didn’t receive boos….quite to the contrary, a lot of people (me included) stood and clapped.

Dark Side Of The Moon was outstanding. I love the PULSE version, and no-one can play those solos like Mr Gilmour, but on the whole, I like this version a whole lot more. Personal highlights from the Dark Side set were a very “Souped Up” version of On The Run, and the best live version of Great Gig In The Sky that I have ever heard. Carol Kenyon, you rock!!!…and Harry isn’t on that stage just because he’s Roger’s son.

The whole crowd stayed on their feet through the encore, singing along surprisingly loudly with Vera and Bring The Boys Back Home. Comfortably Numb, as always is the perfect closing song with Dave and Snowy handling His Majesty’s solo admirably.

It’s been 3 hours since they walked off the stage…..and I’m still buzzing. 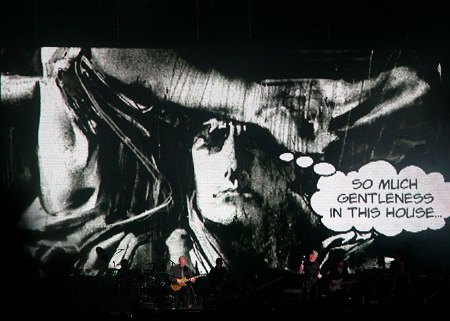 It was phenomenal to see Roger Waters, the man himself who wrote and masterminded many of Pink Floyds greatest songs.

Expectations were high after seeing David Gilmours Pink Floyd play in Auckland in 1987.

The greatest aspect of the concert was to hear Roger Waters voice on vocals, especially in Vera, Comfortably Numb and Bring the Boys Back Home.  The singing was so much richer than David Gilmours in 1987 where he clearly could not reach the higher notes.  Was slightly disappointed in that Roger did not sing all of the Dark Side of the Moon, contrasted to David Gilmoour who not only sang all the lyrics but played lead guitar also.  What stamina he had! 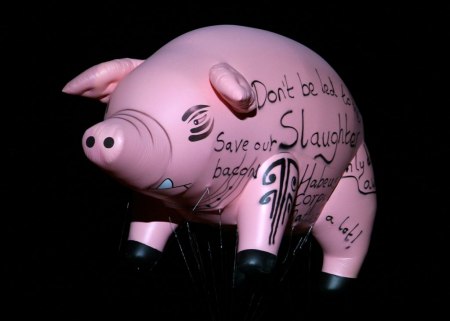 Another major highlight was to hear Roger Waters and the band play Set the Controls for the Heart of the Sun, and Sheep.  Amazing psychodalic instrumentation.  Dark Side in the second set was so special.

I found the music to be clip and well managed.  I was disappointed though that the songs tendered to be fairly short.  As I expected I also thought the lead guitaring though technically excellent, did not reflect the true Pink Floyd sound of David Gilmour.  They fell way short of Gilmours 1987 tour. 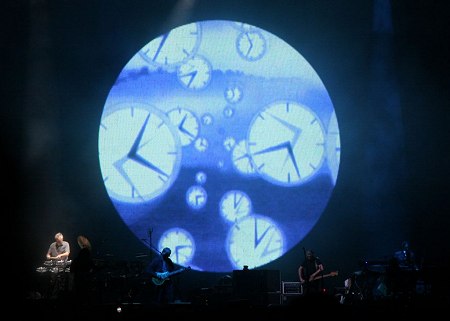 I also was disappointed in the lighting and special effects.  There was no lasers as in 1987. But on the other hand the pig and quadrophonic sound were cool.

The explicit anti-Bush content forced people to consider their own views on the war on terror.

Overall it was a one and only experience for New Zealand.  It was certainly worth hearing Roger Waters for his singing and set list.

Well what can I say…..absolutely fab show. Surround sound was amazing especially in songs like Perfect Sense, Sheep, On The Run, Money. 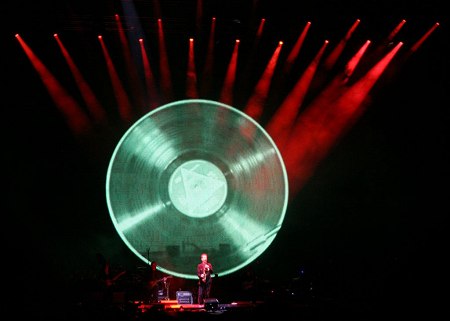 I couldn’t, believe how good Roger’s voice was. There was definitely no lip synching going on. Highlights for me were Perfect Sense (such a huge sound), Sheep (the last riff just rocks), DSOTM, especially On The Run (turn down your hearing aids it’s gonna get loud), Great Gig In The Sky (she sung it the whole way through!!!), Money (just rocked!!).

Anything to do with Floyd is such a sight and sound spectacular, you’re a fool if you miss this. Hey Rog and Dave, hurry up and reform Floyd one more gig please!!!!!!!!!!!!

Thanks for the great night!

Just back home (Home Again…) after a truly magical experience, Monday night with Mr Waters at the North Harbour, New Zealand Gig. Here I am, last row in the stadium, yes right at the top, and there before me… the stage, that soon will house the man, that will perform the entire album, whose lyrics I have been singing for 30 years.

Waters takes the stage and is, for lack of better words..BRILLIANT !!!!!! 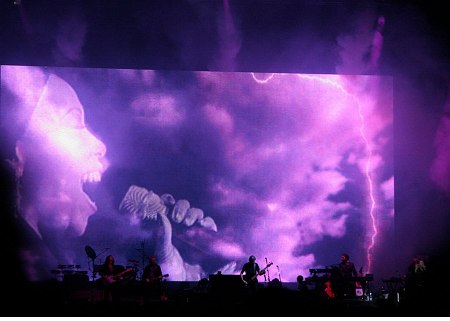 Squeals of delight, as sound fx and manic laughter, bombard the senses from literally all directions.
Oohs and Ahhhhs as Alan Parson’s clocks chime behind us--Yes! There, last row in the stadium, way up the top, and the sound is coming from behind us..OMG!!!!

Without giving too much away, to those in other countries, who may be going to see the show… This was the best gig I have ever seen. Thank you Mr Waters, Mr White and Mr Carin, plus a cast of many, including Harry Waters….Thank You Thank You Thank You.

PS: If you are thinking of going…Stop thinking..GO!!!   You will thank me….Not that I would have to convince a Die-Hard Waters Fan……and until later  “I’ll see you on the dark side of the moon” RIP Syd

I was at the Auckland show and loved it like everyone else.

I’m surprised however that no-one has mentioned that about 5 seconds into the intro to “Shine On” Roger yelled to the soundman to “Stop! We’ve lost a guitar!” It turned out that there was no sound coming from Snowy Whites guitar, and the band then launched into an impromtu “Snowys Blues” for about 2 minutes, obviously to let Snowy let rip and test his now fixed guitar! Then it was back to “Shine On” again and the show proper. A nice moment for us all. 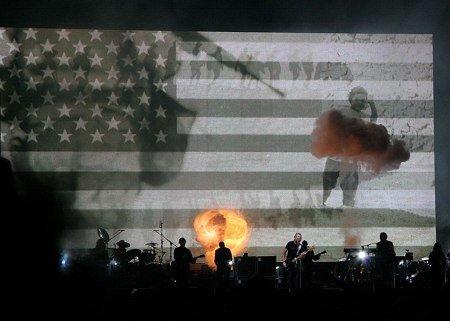 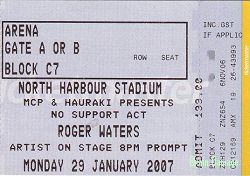