Welcome to the AFG coverage of Roger Waters performances for 2008. We are pleased to announce that once again we have partnered with our sister site BRAIN DAMAGE to bring you all the latest on what Roger is up to in 2008.

So, bookmark this page, and make sure you call back often, for the latest, news, reviews, tour facts and rumours. 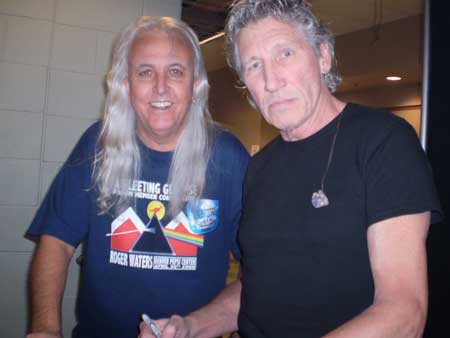 Col with some other bloke.

Read Our SPECIAL REPORT From Backstage In Denver

Roger’s Band Arrive In USA Preparations for Roger’s 2008 tour are now ramping up. The band members all arrived safely (although the English contingent were somewhat jetlagged we understand) in California on Saturday (19th) and rehearsals began Sunday (20tht) with the first show being on 27 April at the Coachella Festival.

Ça Ira Holland The cast & crew of Ca Ira in The Netherlands are getting ready for their big performance of Roger’s opera at The Haque on 5 May. Rehearsals are now under way  Our good friends from the European Roger Waters site are covering this event in more detail. You can check out more rehearsal pics, and follow the action by taking THIS LINK

Ça Ira Brazil Early reports say that the Opening of the “12th Manaus Opera Festival” which featured Roger’s opera Ça Ira in the rain forest of Brazil was a sensation. Ça Ira Brazil

Roger In Russia Confirmed Roger’s Manager has confirmed our story from last week. Roger will indeed be playing in Russia (St. Petersburg) on June 6. Ticketing info will soon be forthcoming. Break out the Vodka!

Roger In Russia? We have had a few emails from Russia telling us that Roger will be performing in St. Petersburg on June 6. The news has appeared on the Russian site Shine On (Good English Translation) To date there has been no comment from Roger’s Manager, but you can be sure if we hear anything more about this, you will read it here before you can say Vodka! 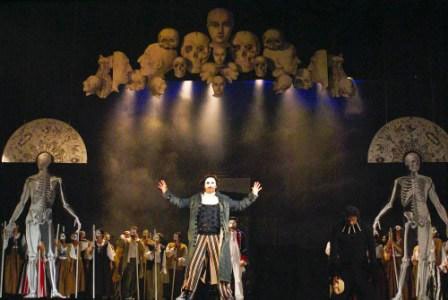 Roger Waters – Another UK Show Added Due to the incredible demand for Roger Waters tickets, another London show has been announced for Monday May 19th – London 02 Arena Tickets are priced at £55.00/£45.00
and go on-sale to the general public on Friday, March 7th at 09:00am.  Box Office: www.livenation.co.uk or 0844 576 5483 (all tickets subject to a booking fee). PRE-SALE: However, there is a special pre-sale for web site subscribers, which will allow you to purchase the best seats before they go on-sale to the general public. This pre-sale goes live from 1:00pm on Thursday March 6th at https://www.livenation.co.uk/rogerwaters

Sunday May 18th – London 02 Arena Tickets are priced at £55.00/£45.00 in London and £50.00 in Liverpool. Tickets go on-sale to the general public on Friday, February 29th at 09:00am.  Box Office: www.livenation.co.uk or
0844 576 5483 (all tickets subject to a booking fee). PRE-SALE: However, there is a special pre-sale for web site subscribers, which will allow you to purchase the best seats before they go on-sale to the general public. This pre-sale goes live from 09:00am on Wednesday, February 27th at https://www.livenation.co.uk/rogerwaters

The TOUR ZONE is now up to date, with all confirmed shows listed. We felt many of you would be interested in some of the shows that were rumoured to be, but for one reason or another, just simply didn’t make the final cut.

Roger Waters – Spain It’s been confirmed that Roger will play Campo de Futbol de Atarfe, Granada, Spain on 9 May. It’s also rumoured that the show for Cyprus originally planned for that day, will now be moved to a later date. Tickets for the Spanish show are now on sale at www.ticktackticket.com

Cyprus Latest We know that many Greek & Turkish Roger Waters fans are desperate to get information about Roger’s possible appearance in Cyprus on 9 May, so we sent our bloodhounds sniffing and here’s what they have come up with. First, Roger will NOT be performing at the Pantheon Art Cinema in Nicosia (as reported by CY Live). It appears this theatre only holds 600 people! We do know that Roger’s tour manager (Andrew Zweck) was in Cyprus at the end of January scouting for possible locations. It seems that Roger is very keen to play in the last divided city in Europe, and Nicosia’s ancient walls (in the buffer zone) was the obvious spot, but sadly that location has too many security problems that could not not be overcome. We know that Andrew Zweck then checked out the GSP stadium in Nicosia (capacity about 22,000) and that he has approved that. However, the promoters are still seeking sponsors, and the future of this show depends on suitable sponsors being found. So at the time of writing, the best we can offer is that the show is planned, but will only go ahead if suitable sponsors are found. As soon as we get more news, you know where to find it.

Official Dates. The following US dates have been OFFICIALLY confirmed to us by Roger’s Manager.

Roger In Cyprus A date we can’t officially confirm, but we can tell you that CY Live have Roger listed as playing the Pantheon Art Cinema in Nicosia – Cyprus on 9 May. More news when we get it.

Denver Confirmed Further to our story on 1st Feb (see below) it’s now been confirmed that Roger will be playing Denver Colorado on 30 April. Tickets for AMEX Gold Card holders are already on sale, and general public sales
start with Ticketmaster on 9 Feb. In addition, you can book seats NOW (at a slighty higher price) at Tickets
Now (Please do not contact us for more ticket details, check with outlets direct).

Roger Waters – Denver, Colorado 30th April? We don’t know if it’s true or not, but tickets are now on sale! The show is said to be at the Pepsi Center, in Denver. Enquiries have been made at Tickets Now, (where the tickets are on sale) and their response was to say ‘they start getting tickets before the event goes on sale or is
even announced’. Assurances were given that the show is goingto happen.  (With many thanks to Adam Scardina for the heads up)

Dazed & Confused – Pink Floyd In Cyprus Seems the media in Greece & Turkey are getting themselves somewhat confused! There’s been a flurry of stories over the last few weeks about the possibility of Pink Floyd playing there, but on closer examination it seems it’s actually Roger Waters that these stories are referring to.  (Ok, we know a lot of you think Roger Waters IS Pink Floyd, but cut us some slack here please!) Now the Cyprus Mail have come out with the following screaming headline ‘Pink Floyd to play the Nicosia wall?‘ The story goes on to say that the concert will take place at the Nicosia buffer zone on May 9. Before you email us, we know nothing at all about Roger performing in Greece or Turkey, but you can be assured if we do find out anything, it will appear here in a flash.

Roger’s Appearance On Saturday Night Live Cancelled! We understand that Roger’s proposed appearance on Saturday Night Live, scheduled for February 2nd has been cancelled. No reason has been given, but sources close to the band say it had nothing to do with the writers strike, and the possible crossing of a picket line. All band members who were on standby for the event have been told of the cancellation. As the show will not now go ahead (with Roger), we have closed our online poll on this subject.

Saturday Night Live Controversy There are grumblings about the possibilty of Roger crossing a picket line in
order to appear on the Saturday Night Live show on February 2nd. Management are being tight lipped about the situation, and the news of the performance has been withdrawn from Snowy White’s official site. Our understanding is (nothing official) that the writers strike currently underway in the USA would preclude any artist apearing in a SCRIPTED segment. It’s thought it may be argued that as Roger’s proposed appearance will be unscripted (ie music only) then this may be a way around the strike. We have all our resources keeping an eye on this story, and will update as soon as any news comes in. In the meantime, we have set up a poll so you can have your say. POLL WITHDRAWN

Roger On Saturday Night Live Confirmed by Snowy White’s Site Roger will be appearing on Saturday Night Live on February 2nd. It’s understood that the entire Dark Side Of The Moon suite will be performed, taking up the entire show. There are still some question marks over the show going to air though, due to the current writers strike. More news when we get it.

Coachella Festival Confirmed Seems our inside sources were right again. The Los Angeles Times have reported that Roger will be appearing at the Coachella Festival this coming April. We are waiting on final official word, but we say book your tickets! LA Times Article

Roger Waters At Latin Live 8??? Nothing official, but we are getting belted with emails from South America telling us that this is being widely reported in the media there. Here are a few links (none in English) that will show you why we are being deluged with emails! LINK 1 | /LINK 2 | LINK 3 | LINK 4 | LINK 5 All claim that Roger will be appearing at the Buenos Aires (Argentina) concert on March 29th. Other concerts will be taking place in New York City (USA), Madrid (Spain), & Mexico City (Mexico) on the same day.We are seeking official word, and will let you know when/if this comes through.

Coachella Festival Doubt We are getting whispers that Roger Waters may not be appearing at the Coachella Festival as expected. If we get any more info about this, or any other possible dates, you can be certain that we will let you know.

Another Roger Waters Show Announced For 2008 Holland will be seeing Roger perform at the PinkPop Festival Ground in Landgraaf The Netherlands on Sunday 11 May 2008. Festival Website (with the announcement) Tickets go on sale tomorrow (20th Dec) www.livenation.nl/ & /www.ticketmaster.nl/ (Thanks to all the Dutch fans who deluged us with this news).

Out On A Limb Now that the Roger Waters show in Denmark has been officially announced, speculation is really starting to mount about what (if any) other shows Roger might do in 2008. We have done a bit of crystal ball gazing, and come up with this. We reckon it’s a fair bet Roger will appear at the Coachella Festival (INDIO, CA ) in  late April, and that at least another 5 shows are on the books. We also think it’s unlikely that a full blown tour wil happen next year, but we do think a mini tour could run over 2 or 3 months. However, we wish to stress that this information is NOT OFFICIAL. You can pick up lots more tantalising tidbits of information about Roger’s possible concerts in the most active PINK FLOYD FORUM on the net.

Roger Waters To Perform in Denmark Seems our rumour mill had some substance! Roger’s Manager has confirmed directly to us that Roger will be doing a one off show on 13th May at Fionia Park, Odense, Denmark. Tickets for the concert, which starts at 8:30pm, will be going on sale this coming Wednesday – December 19th HERE & HERE We all know that one off shows have a habit of becoming more than that don’t they??? More info as we roll along…….

Roger Rumours Really Rampant A couple of weeks ago we told you of a rumour doing the rounds that Roger Waters will be appearing at the Coachella Festival in April 2008, and maybe following up with a small tour after. Despite official denials from Roger’s manager, we are still hearing loud & clear that Roger will be active next year. Regular visitors will know that we don’t publish rumours unless there is some substance to them, so stay tuned, and let’s see what develops.