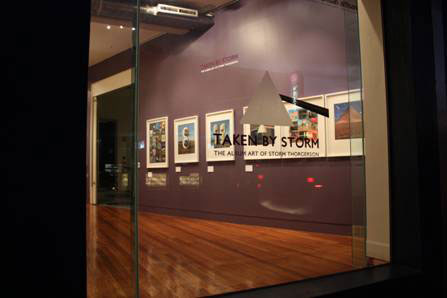 I recently had the pleasure of visiting Storm’s exhibition at the Artisan Gallery in Fortitude Valley Brisbane Australia.

The gallery is in the trendy part of town,and a bugger to get a park! (Use the Chinatown public car park if you are going to visit).

Once you do manage to park, the surrounding area is a delight to check out, with loads of bars & coffee shops nearby.

The Artisan Gallery is easy to spot, just locate the huge window display! 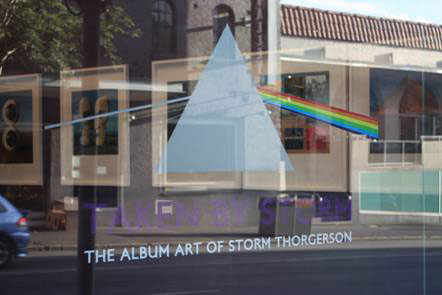 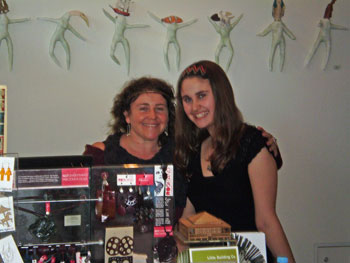 There’s a warm welcome in the gallery as the super staff there greet you with a smile.

The exhibition is very nicely laid out and features around 50 art works by Storm (All for sale, signed by the artist). I confess to having seen the works before, as they were on display in Sydney at the Global Gallery in Sydney which I visited last year. That being said, it was still great to see them all again and to sit back in awe as you realise just how many stunning works Storm has turned out over the years. 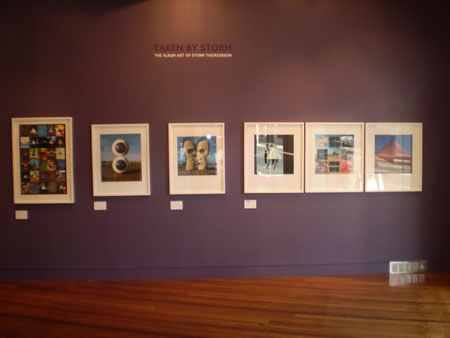 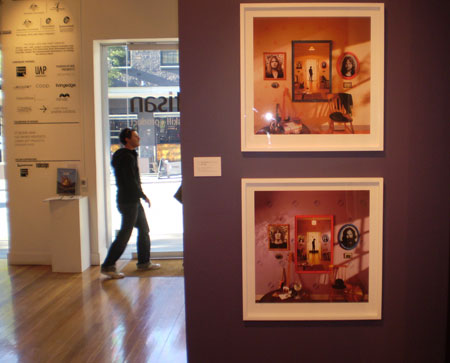 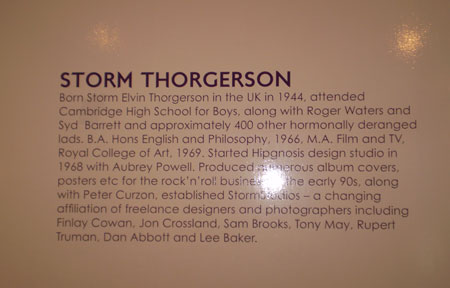 All in all an enjoyable experience. If you are in the area, why not call in and say g’day to the staff. If you ask them nicely they might just crank up the Floyd playing on the sound system for you! 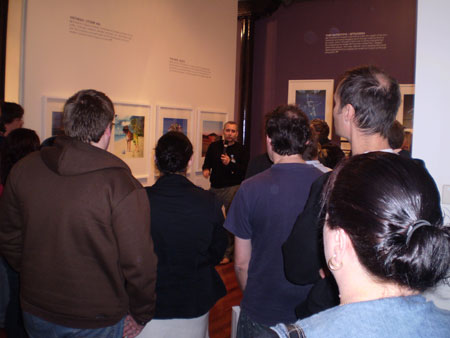 On 18 July 2009 highly acclaimed UK designer Peter Curzon visited the Artisan Gallery in Brisbane Australia to give a fascinating behind-the-scenes expose on some of the wonderful art works on display at Storm Thorgerson’s stunning Taken By Storm exhibition.

I was fortunate enough to be able to attend and joined a goodly crowd as we vied for position to get a good view of proceedings. 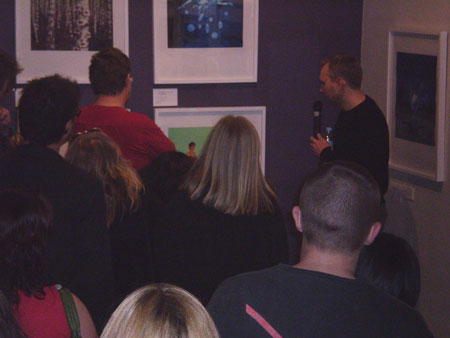 Peter took us around the gallery, stopping at many pictures and detailing their history and explained how each came about from conception to the final product. It’s not as easy as it may look! Some of the images took months to do and no short cuts were made. I was fascinated to learn that Ely Cathedral, which can be seen between the giant heads on the cover of The Division Bell, was included because of a direct request from Pink Floyd.

The talk lasted for around an hour, and to Peter’s credit, not one person left as we were all deeply enthralled by his knowledge wit & charm.

I managed to catch up with Peter after his talk and we had a good chat about his background and his relationship with Storm. A self confessed punk music fan, Peter saw the error of his ways some time later and became an ardent Pink Floyd fan back in the early 90’s (Taking in a whole swag of Division Bell shows along the way).

He is partial to The Mars Volta artwork, although he said he finds it hard to pick an actual piece to call his favourite. 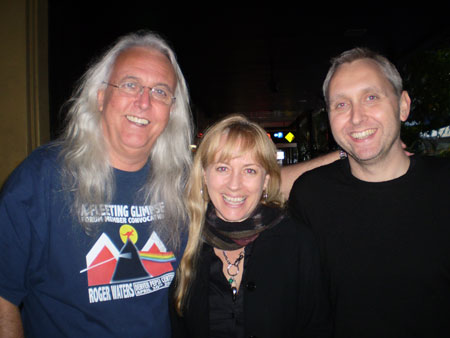 After the gallery closed I was lucky enough to be invited along to join Peter & the gallery staff for a drink and a further natter. It’s Peter’s first visit to Australia so we welcomed him in the Aussie way and enjoyed a beer together!

A few days later Peter was able to join me at my home, and I had the pleasure of dining out with him and getting to know him on a more personal level. Most of which we discussed is not for publication, but I did hit him up on on the Publius Enigma (Peter did the artwork for the Division Bell booklet and if anybody would know it would be him). His response?………… I’m not telling you! 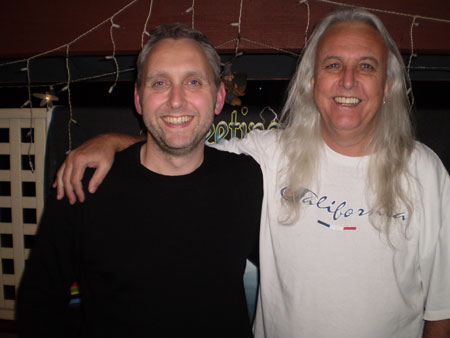 Peter did tell me that he was also here to have discussions with Aussie bands Powderfinger (Whom he meet with a few days ago) and Wolfmother. He didn’t expand upon it and I didn’t ask, but I will be certainly interested to see the artwork on any new albums from these bands!