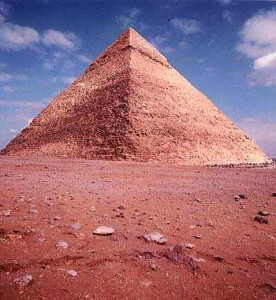 The day the tickets went on sale I arrived at what I thought was a very early hour. It was about 5.30am and I thought I was going to be one of the first in line. No way, when I arrived several hundred people were in the queue in front of me!

As one does when waiting in a queue for a long time, I turned around and started talking to the people who were just behind me. They asked if I had ever seen Floyd before and the second I mentioned I had seen them with both Roger & Syd up front, I had a crowd of around 30 people all wanting to hear about the early days! I think this was the first time I realised that I had witnessed something special in the early years of Floyd and that people wanted to know about it.

The tickets went on sale at 9am and the crowd in front of me were getting ever closer to the ticket booth. I was the next person in line to get my tickets when the attendant shouted out “Sorry, sold out”. I nearly died on the spot but figured that Floyd were going to do at least one other show. So I waited around and come to think of it so did everybody else!

About 45 minutes later the attendant shouted out the news “Pink Floyd have agreed to do another show” the cheer went up from everybody. I was now first in the queue for tickets to the second show and was expecting to get front row seats but the system was set up so that people phoning in got first pick. However I did manage to get some very good seats just on the right of the stage and about 30 rows back. The first show was set for 13 February and the show I got tickets for was for 14 February (Valentines Day).

Later that week it was announced that Floyd were going to do a lot more shows in Melbourne (8 in all) and I managed to get tickets to the last show (20 Feb 1988) without too much of a problem, however they were back row seats!

I waited in eager anticipation for what seemed like months. The day was getting closer and closer and I couldn’t think of anything else. Floyd was getting flogged to death in my house and the neighbours were threatening to move out!

The day before the show I was working in my garden, dreaming about Floyd doing their first gig that night and I was going to miss it! However I consoled myself knowing that I would be seeing them real soon.

Boy was I in for a surprise, at around 6.30pm a friend of my wife was on the phone and asked to speak to me. Funny I thought to myself, I wonder what she wants. I then I heard the sweetest words “Hi Col, a friend of mine can’t come to the Floyd concert with me tonight, how would you like to go for free” I couldn’t believe my luck!!!! So I quickly jumped into the shower and raced around as fast as I could. The show was due to start at 8pm and I was over an hours drive from the venue. I sped to Sharon’s house (my wife’s friend) picked her up and put the foot down on the way in to town.

(Note: At this point I should explain that I saw three of the 1988 shows, namely 13, 14, 20 February. However as the three shows were all very similar I have chosen just to describe the first one).

As we got closer to the venue the traffic really started to build up. We managed to get a park some way from where we had to go and sprinted the last mile or so. We got into the venue (Melbourne Tennis Centre) at exactly 8pm and as we were trying to locate what door to enter I heard the first strains of ‘Shine On You Crazy Diamond’.

I must admit that I had tears in my eyes as we found our way to our seats. We were seated to the left of the stage about 25 rows away and almost directly opposite where I would be sitting the next night. The intro seemed to go on forever, the stage was still in darkness but the auditorium was lit by a fantastic array of lights.

Then as if by magic Rick appeared in a cloud of smoke and ultra violet light. I was on my feet clapping and shouting but so were a lot of other people! The pulsating tones of the organ were being taken to new heights and then Dave’s guitar reverberated at an astonishing volume that shook my very soul. The crowd were on their feet as the intro sadly finished all too quickly.

This was ultra Floyd, I had not heard anything so beautiful since Floyd performed The Embryo at Hyde Park in 1970.

Floyd then deftly switched the pace by gliding into ‘Signs Of Life’ and I got my first real look at how far the band had come in the 21 or 22 years since I had first seen them.

A huge screen was now evident, where Floyd were showing this guy rowing a canoe as they performed a faultless version of the song live. I remember the original light show (66) as being printers ink between two slides in a projector!

I won’t dwell on each song, if you watch the video ‘The Delicate Sound Of Thunder’ you will get a really good appreciation as to what this concert was like.

I must admit to being impressed by the pig that hung overhead with it’s eyes glowing during ‘One Of These Days’. Likewise the bed that crashed into the stage and exploded was also worthy of mention!

As for the light show, well all I can say is, it was the best I have ever seen and believe me I have been to a lot of concerts over the years.

But when I really start to think about it, in my opinion the heart of this Floyd extravaganza (or any Floyd show for that matter) was the incredible sweet music.

They performed superlatively all night, with one heart stopping moment when they appeared to have gone off the rails.

It was coming towards the end of ‘Money’ (Which isn’t on the PAL video version BTW) when suddenly it appeared to me, for one brief second, that they had lost their way. 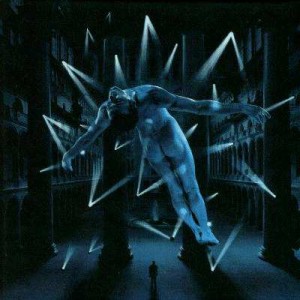 What had happened is that they had started a ‘jam’ and it took me by surprise. Up until then they had followed what they had recorded down to the last note (well almost) Now here was something a bit different. (the jam differed slightly each of the 3 nights I saw them). I can’t say it was a highlight because some of it sounded a bit off key. But it took me back a few years to when Syd would go off and do his own thing. I felt that this little segment (the jam) was included by Dave, Rick & Nick as a sort of ‘throwback’ to when they were an experimental band. (1)

I thought Scott Page fitted in really well playing his sax and Guy Pratt seemed to have slipped into Roger’s role without any detrimental effect on the overall sound. Tim Renwick also played a valuable part as did Gary Wallis and I must not forget the 3 female singers who I think were Margaret Taylor, Durga McBroom and Rachel Fury. (I could be wrong on that score and don’t have the programme handy to check).

Anyway these ladies blew me away with their rendition of ‘Great Gig In The Sky’ which was as good as the original in my opinion.

My ears were ringing as we left the tennis centre. What a night! What a concert! and to think I get to do it all again tomorrow night!

So there you have it, my Floyd tales are now up to date. I wish to give particular thanks to Dave Ward for his encouragement with this project. Without Dave and his excellent Breathe site (formerly Timeline) this would not have been possible. I would also like to thank the many, many people I have met on the net (and two personally) through these articles. I enjoy getting your letters, keep them coming.

Finally then, this is the last of the six part series of ‘Early Floyd’. I have just about run out of memories for the time being…………..

You can also find another subset of 3 stories, named ‘Another Hippy Remembers’, written by fellow Hippy Ian Macintosh. They delve back to the days of Syd, with special reference to The Gong Family. Click Here To Enter