I want to tell you a story—as the song goes.

Floyd who had started out as an ‘underground’ band were now getting some attention. They still played UFO and Middle Earth plus a few other London underground clubs (about 14 UFO’s & 9 Middle Earth’s according to the official records) between December 1966 to about mid 1969. I had the good fortune to be at most if not all of these gigs, plus others in Hyde Park and Alexander Palace (those will be covered separately). But now the dreaded fame was starting to overtake them.

Before “Arnold Layne” and “See Emily Play” were released we had been able to see and hear Floyd in a somewhat ‘elitist’ environment, although the clubs where they played were not restricted, if you didn’t fit in, you really didn’t want to come back. (I soon learned that my then short hair was “not acceptable” and let it grow as quickly as it could.)

The early concerts were a sight to behold with Floyd playing a new number or two at just about every gig. They were exciting times, as Floyd were experimenting like crazy. I guess I probably heard at least a dozen different versions of “Interstella Overdrive,” each night a little different and always lasting between 30-40 minutes. 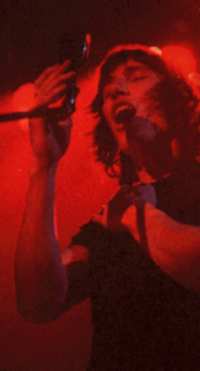 Syd would often go off in his own direction leaving the rest of the guys wondering when he would come back and play something they could identify, so they could join back in!!! They often lounged around at the back of the stage (which was very small with nowhere to hide) waiting for Syd. It was pretty obvious even then that they were Syd’s band. They were also not consistent in that in most songs on most nights they played like nothing you had ever heard (Surreal?) and yet other times they would produce (sorry about this) crap.

Of course everyone was behind them because they were ‘our band’ or “The Underground Band.” So when Arnold and Emily came along everyone in the underground was pissed. Floyd were getting attention from people outside of our group. That wasn’t on we had a contract with Floyd & they with us, they were “our band.” Of course that wasn’t written down anywhere, just accepted.

Although I have never spoken to any of the guys*, it was common knowledge that Floyd were apprehensive about their oncoming fame. In my opinion that’s very evident in a lot of their later songs. (Consider “Welcome to the Machine” and many others).

Now all the above comments regarding our relationship with Floyd were exactly how we all felt in those days. Very easy to look back now and see how silly we were being. But that’s how it was.

Getting back to poor old Arnold & Emily, (funny thing I must have seen them do those songs countless times but just don’t remember how they played them.) a lot of new people were starting to invade the clubs. The boys had hit the big time and the audience was rapidly changing. It got to the stage where the threat of violence to us poor hippys was becoming very real. Someone had the bright idea to get the Hell’s Angels in to protect the hippys. Bizarre as it sounds it worked!!

So now the audiences consisted of Hippys, Hells Angels and an assortment of what we would now call teeny boopers and the odd thug. Many of these newcomers took up the hippy lifestyle and so it’s very true to say that Pink Floyd were true founders of the hippy movement.

Floyd were changing too. The gear was getting upgraded and roadies were now on the job. But the music, what can I say? They were getting it together. (ok, I know Syd was on the skids by now, but the music was still some of the best they ever played, in my humble opinion.)

It had now got to the stage that UFO had outgrown the cellar at The Blarney Club and had to be moved to the Roundhouse just to fit in the crowds for Floyd. I’m very confused as to what club went where and when, but Middle Earth also relocated from the cellar in Covent Garden also to the Roundhouse. 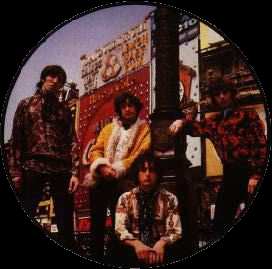 A new dawn was breaking as Dave replaced Syd (I won’t dwell on that, it’s been well documented in many books about the change.) The music became a lot ‘slicker’ with Dave in the band. The experimentation on stage was becoming less and the songs more polished. With all due respect to Roger, it was not apparent to me that he was now the leader. Ok he used to do the count-ins (one, two etc) and most of the song introductions, but if I was asked who led Pink Floyd when Syd went I would have said nobody, they performed as a unit. (Roger was to become dominant later than this period I am talking about here)

It is very difficult for me to remember much more detail about those days, it is after all about 30 years ago.

I certainly do remember a very special “Happening” one night. I was sitting on the steps that led down to UFO (Blarney Club) one night staring at my thumbs (If you don’t know what that means I’m not about to tell you!) I think it was Floyd who were pounding away in the club, when out of the doors came this whacking great balloon.Now if you can imagine a condom about 4 feet in circumference and about half a mile long you may have some idea of the size of this mother. It was inflated from within the club and a crowd of people pulled it out and along Tottenham Court Road. Don’t ask me why, it just was!! I’ve often wondered if thats where the original idea of the inflatable pig came from all those years later. Did that “happening” stick in Rogers mind???

Well I really must sign off, there are many other stories to tell and you can read about them in this series. I hope and trust this gives you a bit of an idea into the birth of Pink Floyd.