The debate as to when the “Summer of Love” actually occurred in the UK has raged for years. Some say 1967 while others claim 1968. I know because I was there.

The answer is 1967, however it could be claimed that there were in fact two “Summers of Love” being 67 & 68, although they melded and seemed as one. For those who may not be aware of that period, this is when ‘Flower Power’ and ‘Hippies’ were at their peak. At the centre of this movement (in the UK) and a driving force in it, were two bands. 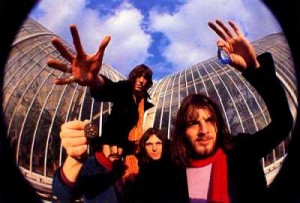 One of course was “The Beatles,” and the other “Pink Floyd”. The Beatles had already been on the world’s stage for some time but Floyd had not really yet broken through outside of Europe. The ‘summers’ were an amazing time to be alive, it was as if the whole world was bathed in sunlight. Even the winter between 1967-68 felt warm! The atmosphere was electric. People respected people. The London clubs were packed as countless bands, many now world famous, played for what seemed like 24 hours a day.

In those times it was the custom to “give em’ a flower” as we passed out flowers to any passing stranger.

Free love, you bet! Although I won’t go into detail!! My hair by now had grown long and I was associating with the ‘inner core’ of the underground movement. I was living in several hippie pads around London, mainly at Shepherds Bush. I have a feeling that it was while I was staying there that I sometimes spotted the Floyd’s not-too-flashy van parked in the street. The Floyd were living ‘down the road’ in Notting Hill Gate I think, so it may have been a roadies house or perhaps one of the boys had a lady friend? who knows.

I had helped out on a few light shows at Middle Earth and was one of the unofficial unpaid DJ’s. However one night a paid DJ turned up and we had a bit of a debate as to what records should be played. I lost, he won. His name: John Peel, who later went on to record the BBC shows with Floyd. I got to know him casually but to be honest, John and I never really hit it off.

It seems as just about everybody was dropping LSD (acid) and I suppose I look back on those times with rose coloured glasses. At many of the earlier ‘happenings’ Lennon, McCartney, Jagger and other celebs could be seen hanging around like any other person. You wouldn’t dream of asking for an autograph as that was very uncool. I did have the pleasure of meeting Brian Jones (then with the Stones) one night and got into an amazing rave with him about nothing in particular.

But all this was changing. London was now the focal point for all the world—or so it seemed to me. Carnaby Street was now the hub of this universe and the ‘British Invasion’ was in full swing. Then came the day that the whole movement crystalised into one amazing and beautiful happening. The date 29 June 1968. 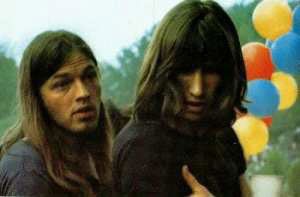 Blackhill Enterprises (who I believe consisted of the individual members of Floyd plus Pete Jenner & Andrew King) decided to put on the first FREE concert in London’s Hyde Park. A free Floyd gig!!!

I wasn’t going to miss this, even if I was struck by lightning!! So off we go. From memory, the concert was due to begin after lunch, and I think it may have been a Sunday (Sat?)

The records show the supports as being Roy Harper and Jethro Tull. To be honest I don’t remember much about the supports, although I did get to see Tull a few times and they were always brilliant, so I guess that day was no different.

As we arrived (early for once) I couldn’t believe my eyes. There were people everywhere. I had been used to seeing Floyd from about 6 foot away from the stage. Now I was relegated to about 60 feet back!!! People were seated on the grass, some having the good sense to bring something to sit on.

The smell of hash and incense wafted on the summer breeze. The clothes people were wearing were just ‘lovely’ with every shade of psychedelic colour. Many wore tiny bells that tinkled as they moved.

Flower Children could be seen everywhere, blowing bubbles with tiny bubble makers. The Beatles “All You Need Is Love” blasted over the PA just as we arrived, and seemed to be repeated about every 20 minutes.

Then the moment arrived. Pink Floyd took the stage and it was still daylight!!! (I think this was the first time I had seen them during the daylight hours.) The crowd had now grown to many thousands and I was glad we had arrived early, cause those at the back would have had a very restricted view.

However they would have still heard what was probably—only probably—Pink Floyd’s finest concert. This is only my opinion, having seen many Floyd concerts it is hard to pick the favorite, but this day was extra memorable, if not for the atmosphere alone. I can’t remember the exact sequence of what they played that day, and I think that Arnold & Emily had been dropped by now. I do recall that most of Piper featured for the first set.

I think this was David Gilmour’s first big London gig since joining Floyd about four or five months before and I have the impression he had something to prove that day. (I’m as good as Syd?) 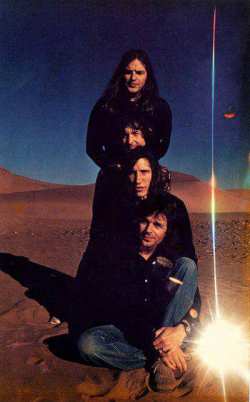 By now the sun was setting as Floyd came back for the second set in the twilight. Unfortunately the light show was a bit ‘weak’ at first because a few rays of sun were still poking through. This gave the band a strange ‘glow’ that only added to the atmosphere. I have a feeling that the second set consisted of Saucerful but can’t be 100% sure of exactly what was played and in what order. It wouldn’t surprise me if “Interstellar Overdrive” (from Piper) was the final number, if previous gigs I had seen were anything to go by.

It is my opinion that this day was the day the ‘underground’ reached it’s pinnacle. Floyd had proved to all present that they were going to be around for a long time to come.

Just over two years later on 18 July 1970 Floyd were once again back in the park to do it all again and all for free. This time we were better prepared, and just as well.

We had noticed when arriving that Floyd’s equipment has grown remarkably. They now had speakers set up the rear of the crowd as well as on the stage to give a “Surround Sound.” Once again, exactly what was played that day is not all that clear to me save for one song.

I believe it was as the second set was opening that it happened… “WHA WHA WHA!” The sound of a baby crying. The crowd turned around almost in unison as the crying seemed to be coming from behind us. “WHA WHA WHA!” It was now at the front. People were looking at each other wondering where this baby was!!!! Then they begun: “All is love, is all I ammmm, a ball is allll I am.” The first and only time I heard “Embryo” live. It was a sensation. People had tears in their eyes including me. I don’t think I have ever heard anything so beautiful as that song on that day. (Wonder why they never used it as the keystone for a concept, you know: birth, growing, death).

Of course from there Floyd went on to capture the world. It’s amazing to think that they have been around for over 30 years!