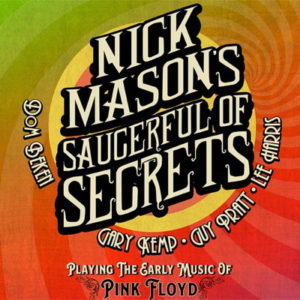 Nick Mason’s Saucerful of Secrets have announced an extra date for their 2020 Tour, with Sète being the lucky city.

Tickets are on sale now at the following link: https://www.gdp.fr/artistes/nick-masons-saucerful-of-secrets/