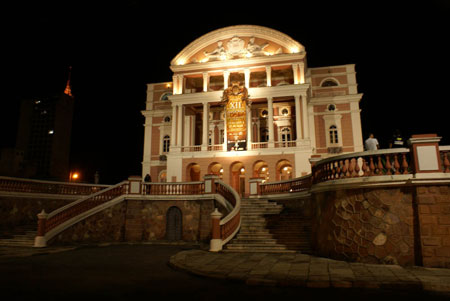 Roger Waters’ opera Ça Ira will be performed at the Opening of the “12th Manaus Opera Festival”, which will take place in Manaus, the Capital of the State of Amazonas, Brazil, in April 15th, 2008. The performances will be at the “Amazon Theatre”, and Roger Waters will be in attendance. It will also be performed again on April 22nd and 24th.

This will be a Brazilian production, with Brazilian scenery & costumes made locally at the technical production centre, part of a social project that the Amazon Theatre supports in order to create ecologically sustainable jobs in the Amazon region.

The performances will be in English with a Brazilian cast under the direction of conductor Luiz Fernando Malheiro who is also the Artistic Director of The Festival and the conductor of the Amazonas Philarmonic Orchestra. 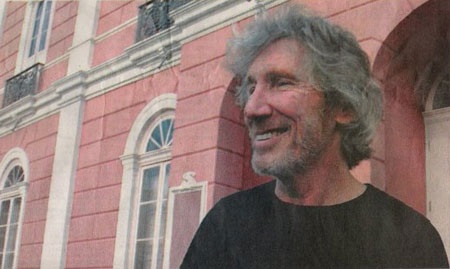 Roger in Brazil As we previously reported, Roger has visited Brazil for the rehearsals of his opera Ca Ira, which is to be staged there in April. Check out the images above or take THIS LINK to see a nice small collection of photos of Roger at the preparations.

Ca Ira Brazil Confirmed As we revealed last week, Roger Waters opera Ca Ira will be performed in Brazil later
this year. Roger’s Manager told A Fleeting Glimpse that there will be three performances of the opera at the 12th Amazonas Opera Festival in Manaus, Brazil. on the 15th, 22nd and 24th April. It is a fully staged Brazilian (Amazonas) production. Tickets can only be obtained from The Theatre UPDATED It’s been confirmed that Roger will be in attendance at the performance to be held on 15th April. Roger will also be in Manaus (Brazil) next week (3rd week March) for rehearsals. READ FULL STORY

Ca Ira For Brazil? Roger Waters opera appears to be spreading it’s wings. It seems as if Ca Ira will be performed in Manaus Amazonia, with the Amazon Philarmonica orchestra . The opera will be part of the Amazonas Festival Of Opera, with Brazilian Maestro Luiz fernando Malheiro. More Info This is the second announced staging of Ca Ira this year, with the opera being performed later in Holland on 5 May. (Thanks to Jefferson Lobato Moraes for help with this story)

Roger has been very enthusiastic about the project, and will be in Manaus next week (3rd week March 2008) for rehearsals.

The festival is an official event sponsored by the Government of Amazonas. It starts on April 15th and goes until May 31st with 19 Concerts.

The Amazon Theatre (Teatro Amazonas) is an opera house located in the heart of Manaus, inside the Amazon Rainforest in Brazil.It was built during the Belle Époque at a time when fortunes were made from the extraction of rubber in that area. The theatre is featured in the film Fitzcarraldo directed by the German director Werner Herzog in 1982. Nowadays other important events take place there like an annual International Film Festival, a Jazz Festival and a Folk Festival among others.