↓
Home→News→Snowy White: washing up with Peter Green and how to wind up Roger Waters 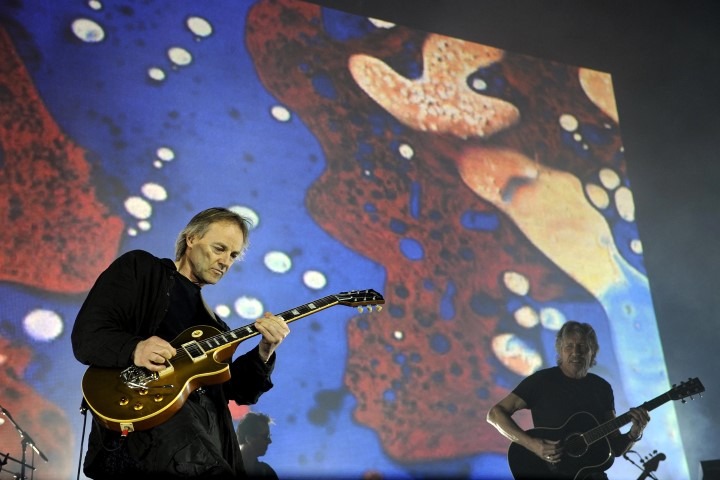 Terence ‘Snowy’ White has always seemed like an accidental guitar hero. Raised on the Isle of Wight in the 1950s, the modest now 74-year-old was a British blues-boom disciple who tells us today that “the limit of my ambition was to play simple blues phrases over simple chord progressions – and it still is”.

White has done plenty of that across his four-decade solo career, which includes the ’83 hit single Bird Of Paradise, and continues with this year’s Driving On The 44 album. But fame also came calling whether he liked it or not, thanks to playing with peak-period Pink Floyd and an unravelling Thin Lizzy.

The new album’s lyrics often sound like you’re pining for the road. How hard was it to step back from live work in 2019 due to your health issues?
In some respects it was difficult, but I’ve had to admit to myself that nothing lasts for ever. My fingers don’t really do what my brain tells them to these days, and it became more stressful than fun. It was just time.

Studio-wise, though, it’s obvious that you can still cut it.
Yeah, but I can do a guitar part then have a break, as opposed to doing an hour and a half solid.

You were close to Peter Green. What’s your favourite memory of him?
When he stayed at my parents’ house on the Isle of Wight. It only occurred to me recently how surreal it was, because he slept in my old bedroom, where I used to sit for weeks learning his guitar phrases – you know, there was Pete, snoring away. He’d help with the washing up, too. I washed and he dried. My mum thought he was a nice boy.

How do you feel when you see Peter portrayed as this tragic figure?
Well, he turned into a slightly tragic figure. He went very strange in the end. I’d go and see him and he was in a really strange way, his fingernails so long they curled up. He’d just let himself go. That was sad. But I accepted it as Pete’s path.

Roger Waters has a reputation among music journalists as being pretty ferocious. Have we got him all wrong?
Roger can be ferocious. He gets into places in his mind where he just doesn’t want to put up with any crap. Which is fair enough. He doesn’t put up with fools or people who aren’t pulling their weight, and he gets a bit cross with them. But if you’re working with him and you’re doing your best, then you get treated extremely well. He’s fun.

What makes you so good at working with superstars?
It’s because I really don’t care. With Pink Floyd [he first toured with them in 1977] I didn’t even realise they were a particularly big band. I was quite narrow-minded. If it didn’t have a blues guitar solo in it, I didn’t listen. I was probably the only person in the UK who’d never heard Dark Side Of The Moon. Somebody said their manager had been trying to get in touch and maybe I should call him. I didn’t bother. I just sort of drifted into the gig.

You don’t get impressed by fame?
No. And I can’t understand people who do. I mean, after a long tour playing stadiums and flying around in jets, I get back home and within ten minutes I’m up there unplugging the shower.