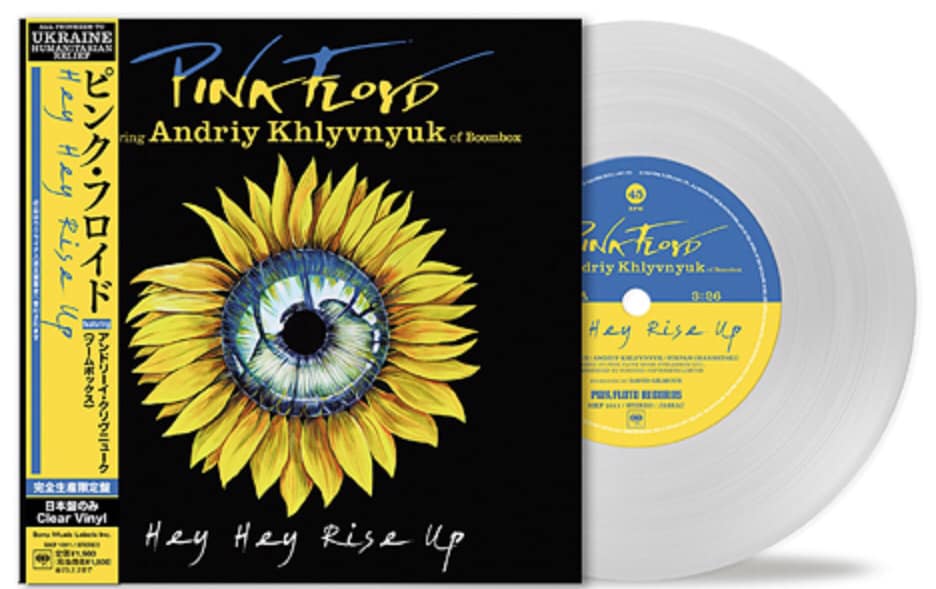 A very limited edition release of the Pink Floyd single, Hey Hey Rise Up on clear vinyl has just been announced for pre-order in Japan!

The single, which was initially released digitally in April in support of the people of Ukraine and was #1 in 27 countries, will be available on 7” and CD single worldwide, With Japan being the first to offer a limited edition clear vinyl.

All formats will also feature a newly reworked version of ‘A Great Day For Freedom’ taken from the band’s 1994 album, The Division Bell.

The Limited edition clear vinyl will be available on 3 August in Japan.
Orders are being honored with worldwide shipping.