More details are now available for David Gilmour’s previously announced, special concert in Freedom Square, Wrocław, Poland. Taking place on 25 June 2016, the concert will form part of the city’s celebrations as European Capital of Culture 2016. Tickets are Now On Sale The concert will be the first on David Gilmour’s ‘Rattle That Lock’ tour to include a 30-piece orchestra conducted by long term David Gilmour collaborator Zbigniew Preisner and will also include a special guest appearance by Polish pianist Leszek Mozdzer. The special one-off event, located on Freedom Square in front of the National Forum of Music, will be filmed by Aubrey ‘Po’ Powell and broadcast live on Polish TV.

Despite the fact that Roger had been planning a tour in 2016, in a new interview he has now said “Well, I’m not about to. It’s very unlikely that I will start touring anywhere this year. These things take a long time. It took me about 10 months to put together The Wall tour. I still have to finish making the record. But, yes, it is my determination to go back on the road”. Read Full Article 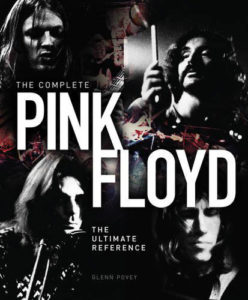 Last January (2015) we revealed that a new edition of Glenn Povey’s ‘Echoes: The Complete History of Pink Floyd’ was on it’s way. (Read our review of the original book). It’s taken some time but March 3 will see the release of the eagerly awaited ‘The Complete Pink Floyd: The Ultimate Reference’. This complete reboot of the original is illustrated with all-new material, including hundreds of photographs and rare memorabilia. Every solo concert has been updated for Waters and Gilmour, and details of the band’s many re-released albums have been added, including never before- published research into their earliest recordings from 1965. The original Echoes was a great book but this full upgrade is it essential reference for any serious Pink Floyd fan. This is a MUST HAVE for any Floyd fan and can be pre-ordered from Amazon from any of the following links. Canada | UK | USA There’s even more good news. You could WIN a copy of this brilliant book. Simply Take This Link then drop us an email (col@pinkfloydz.com) with the heading Ultimate and tell us where Glenn currently lives! One winner drawn at random, please provide your postal address. Entries close 28 February. No more than one entry per person. Good Luck! AND THE WINNER IS: Matt Krogmeier Kansas USA 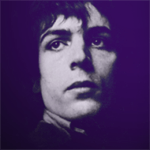 Wednesday 6th January marks what would have been the 70th birthday of Syd Barrett, founder member of the Pink Floyd and one of the most influential musicians in British pop history. To mark the occasion, Syd Barrett’s new official website was launched on 6 January 2016.. Celebrating his unique life and career, both of which continue to inspire and enthral, it is a unique resource that offers an unrivalled insight into this enigmatic musician.The website has been created by those who knew him best – his family and friends. The clean, modern design offers an intimate experience for Syd’s fans, incorporating his favourite colour indigo and offering previously unseen, restored family photographs. sydbarrett.com

If you own something RARE relating to Pink Floyd and you would like to negotiate a deal for it on TV then read on! The award-winning Channel 4/ More 4 series Four Rooms is back, and are looking for people who want to sell their desirable Pink Floyd collectables for a life changing amount of money. The Four Rooms dealers are waiting to buy your Pink Floyd collectables and memorabilia – IF it’s the real thing and has an intriguing story! If you are in the UK and have something worthwhile to sell (and agree to do it on TV) then please contact Fourrooms@boundlessproductions.tv or phone 01494 733575