Nick Mason’s Saucerful of Secrets have been forced to postpone their upcoming 2020 tours of Europe, the UK and Ireland, thanks to the ongoing Coronavirus (COVID-19) pandemic situation. Their statement follows:

The safety and wellbeing of the fans, the crew and band members are of paramount importance to those involved in the Nick Mason’s Saucerful Of Secrets UK & European tour that was due to start on April 23. Under the advice of the government due to Coronavirus (COVID-19) and the unilateral decision by the theatres to close at these uncertain times, we have had to postpone the UK shows until October.

The dates for these shows have been rescheduled and are as shown on our website (www.TheSaucerfulOfSecrets.com). All tickets remain valid.

We are currently working on re-scheduled dates for the shows in London, Southampton and Dublin. Customers are advised to retain their tickets and ticket confirmations at this time. More information will be announced in the near future on these rescheduled shows.

The European leg of the tour, which was due to begin on May 18 in Brussels, has also been postponed due to most of the governments in Europe forcing a complete lockdown of public assemblies and making it impossible to continue. Any further decision on this part of the tour will be taken as the situation becomes more settled and clearer.

The good news is that most of the UK shows already have new dates scheduled in October 2020 and all existing tickets will remain valid. Dates for the European tour will be determined at a later date, once the impact of the pandemic has been assessed.

Make sure to check A Fleeting Glimpse for any updates relating to the tour, as they happen!

On the 17th June 1981 Pink Floyd played the last show of the 2 Year Long The Wall Live Tour in 1980 – 81 at Earls Court in London, Subsequently this was to be band’s last show with Waters up until the critically acclaimed 2005 Live 8 Performance.

The Wall Live was performed just 31 times in four cities: Los Angeles (7 shows), Uniondale (5), Dortmund (8) and London (11). The primary ‘tour’ consisted of 18 shows in L.A., Uniondale and London in 1980, but the band performed a further eight shows in Dortmund (13–20 February 1981) and five more shows at Earl’s Court (13–17 June) for filming, with the intention of integrating the shows into the upcoming movie Pink Floyd : The Wall which was released in cinemas worldwide on 15 July 1982.

The London shows are documented on the album Is There Anybody Out There? The Wall Live 1980-81.

A Fleeting Glimpse correspondent Antony Meadley was at the June 17th show in London and managed to photograph the show, from the notes emailed in the pictures where shot on 35mm slide film, they may have degraded a bit over the years, and some are a bit blurry as it was quite dark.

This is the first time photographs of this date have been shared to the Pink Floyd community and our sincere thanks go to Antony for sending them in.

” Record Store Day is a worldwide event involving thousands of people and small businesses—In discussions over the last few weeks, as information came and changed daily, and then hourly, we’ve taken all of them into consideration as we go over various options: Stay the course. Move the date. Change the structure of the event.  No one knows what things will look like in any given place in the next five weeks, and decisions for that time period need to be made now, using current facts.

There is no perfect solution. There is no easy answer. We’ve decided that the best of all possible moves is to change the date of Record Store Day this year to Saturday, June 20.

We think this gives stores around the world the best chance to have a profitable, successful Record Store Day, while taking into consideration the recommendations of doctors, scientists, the World Health Organization, Centers for Disease Control, and the need to be good citizens of both local and worldwide communities.

We’re working with all of our partners and our stores to make this change as smooth as possible for everyone who participates in Record Store Day: customers, record stores, artists, labels and more.  Record Store Day is everywhere and we want to hold our party when everyone can gather around safely to celebrate life, art, music and the culture of the indie record store. 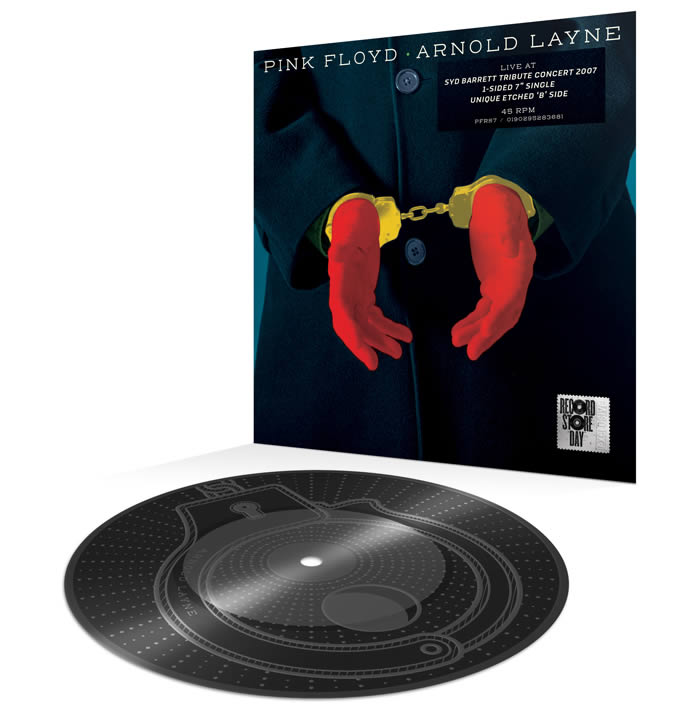 Roger Waters is releasing a special edition clear vinyl of his famous The Wall Live in Berlin 1990 concert, recorded in the former no-man’s land between the Brandenburg Gate and Potsdamer Platz in Germany. The concert took place a few months after the fall of the Berlin Wall and had an attendance in excess of 500,000.

The concert had a star studded line up, with performances by Van Morrison, Cyndi Lauper, Bryan Adams, Sinéad O’Connor and many more.

The concert is also famous for the many technical issues that occurred in the first set, with multiple power outages leading to songs being abandoned and needing to be re-recorded at a later date.

There are only 8,000 copies of the double vinyl being made, more details at the link.

The next release is only tangentially related to Pink Floyd, but could still prove to be an interesting one.

The Soundtrack for the 1995 techno-thriller Hackers is getting a double vinyl release featuring tracks not included on the original soundtrack CD.

Two of those tracks are performed by Guy Pratt, with one track featuring David Gilmour. The track in question “Grand Central Station,” features a guitar solo that was long rumoured to be the work of David, but never saw a release outside of cinemas.

2,500 copies of the double vinyl are being made, more details at the link. 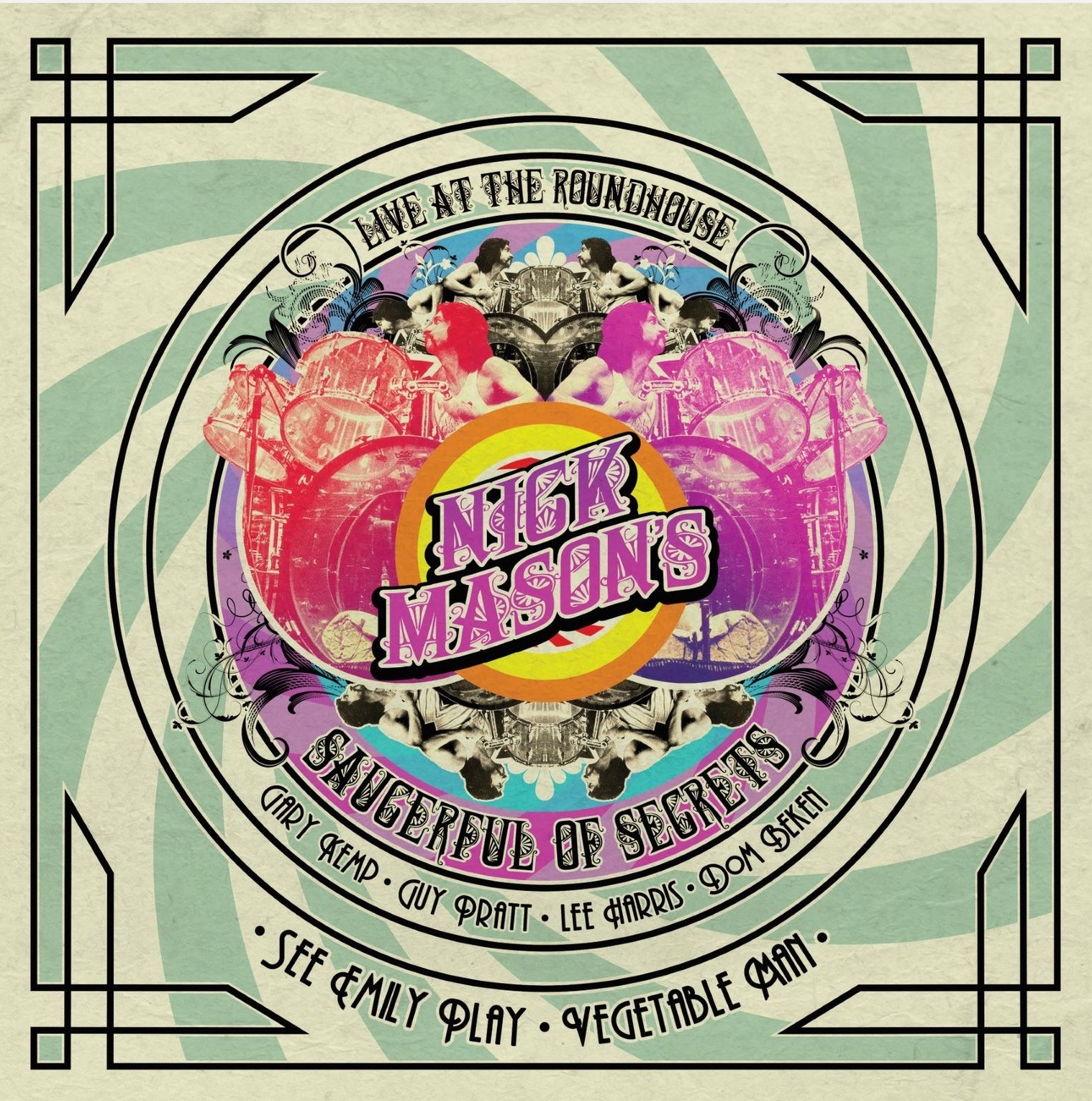 The last release is a special one indeed featuring Nick Mason’s Saucerful Of Secrets on a 12″ Single featuring a live rendition of  See Emily Play with Vegetable Man as the B side. 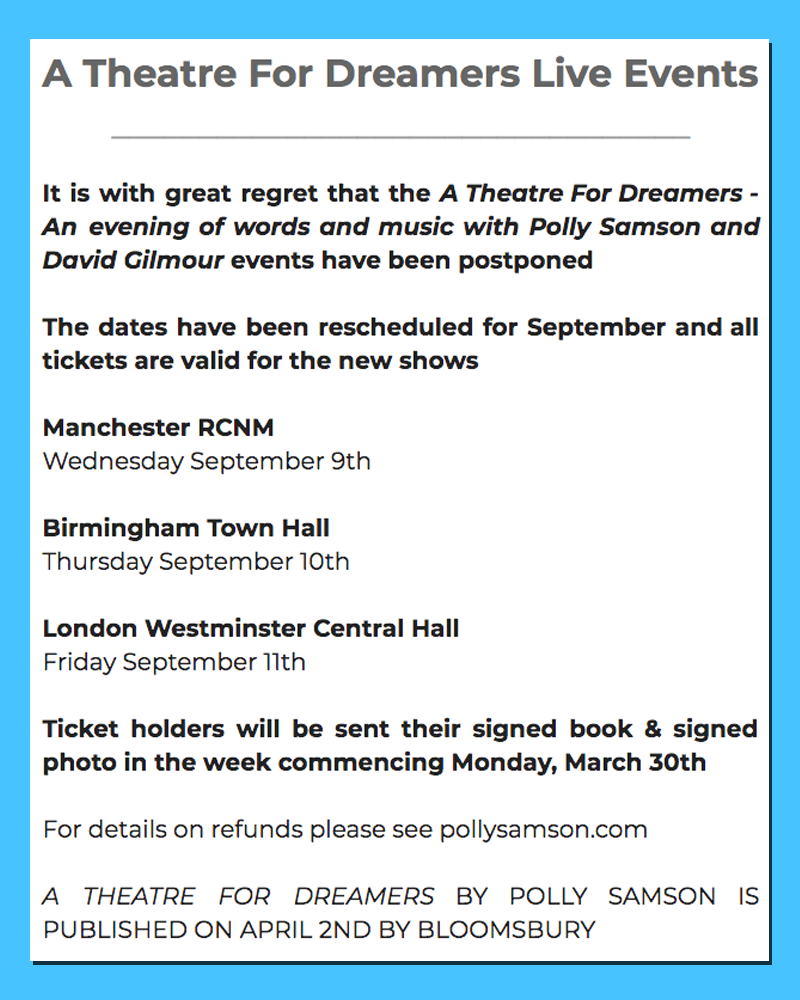 Polly Samson and David Gilmour have announced their ‘A Theatre For Dreamers‘ live events have been postponed until September 2020.

Following recommendations from governments and world health experts, many concerts and sporting events are being cancelled or postponed until late 2020.

A Statement from Polly Samson was issued on her Official Facebook Page – “I’m really sad to say that we need to postpone our A Theatre For Dreamers live events, but we know it’s the right thing to do. The good news is that we have new dates in September and you will still be sent your signed book and photo in publication week.”

Tickets for the events will be valid for the new September dates and ticket holders will still receive their signed books and photos in early April.

More information can be found at http://www.pollysamson.com