And when he’s not been parading his talents live on the stages of every stadium, concert hall and festival around the world, he has been a favourite studio bassist and accompanying singer for the biggest recording artists including Switzerland’s Florian Ast, Madonna, Michael Jackson, Iggy Pop,The Pretenders, Echo and The Bunnymen and McFly.

His one man show is all about life at the pointy end of the music business; Guy regales audiences with stories from behind the scenes. His self-deprecating wit is irresistible and his rip-roaring anecdotes are brilliant and outrageous.

This is an evening which is both funny and frank with enough insider’s references to satisfy even aficionados – and he’ll be bringing his beloved vintage Fender bass to demonstrate his craft.

Tickets are now on sale now for the event, Which is priced at the very reasonable rate of £15 plus £1.50 booking fee.

You can purchase your tickets online for this performance by clicking here. 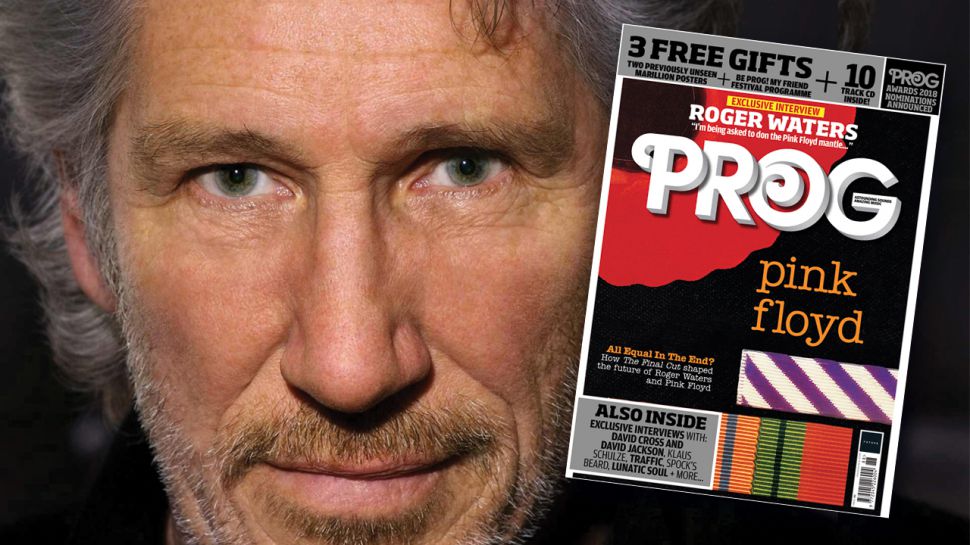 Hot off the shelves todays is this months new issue of the UK’s Prog Magazine – Issue Number 88 this months issue has a strong focus around Pink Floyd’s 1983 album The Final Cut which was the last Pink Floyd record to feature Roger Waters.

The Cover piece advertises the main article which is about the making of The Final Cut and how the album shaped the future for both Floyd and Roger Waters ever since. The feature is very detailed and gives a brand new fresh look at the project, and also includes archive interview material with Roger, David Gilmour, keyboard player Andy Bown, engineer Andy Jackson, and photographer Willie Christie, in which hes discusses developing the idea for the very short The Final Cut Film .

Futher on from the main article there is also an exclusive feature with Roger in which he discusses his current Us & Them Tour, Plans for filming the shows, and other things he is working on.

Further in the magazine is a page and a half looking at Nick Mason’s new Saucerful Of Secrets project, including an in depth full page review of the recent Dingwalls concert, which marked the band’s first ever live performance.

According to former Pink Floyd bassist Roger Waters when asked if he was working on anything Pink Floyd related, Water’s replied: “Yeah. I’ve just been working with Po. There’s a re-issue of Animals. A 5.1 mix of Animals so I’ve been working… Well I haven’t been working, he’s been working. He came up with some new photographs of Battersea Power Station as it is now to use as a CD cover for the new 5.1 mix. It’s beautiful.”

Pink Floyd released Immersion box sets of two of their biggest albums in 2011- Dark Side Of The Moon and Wish You Were Here and The Wall, which followed in 2012. And a 20th Anniversary Deluxe Box Set of The Division Bell was released in 2014. But Animals has never been accorded such an honour.

As yet, there is no official word from the band’s record label, who have recently been reissuing the band’s catalogue on new 180g vinyl – most recently Relics and Pulse. And it is not known if the proposed release would form part of a bigger set – CD does not support 5.1 so it would have to be released on Blu-ray. However judging by Waters’ comments, watch this space…

Prog Magazine is available in most UK magazine outlets and alternatively can be bought internationally online courtesy of myfavouritemagazines.co.uk by clicking this link.

Roger Waters  lead guitarist Dave Kilminster recently sat down with Ultimate – Guitar to talk about joining the Pink Floyd co-founder’s band, as well as all sorts of gear-related stuff.

“I obviously knew who Pink Floyd were but I didn’t know the names. Other than Dave Gilmour, obviously.“ 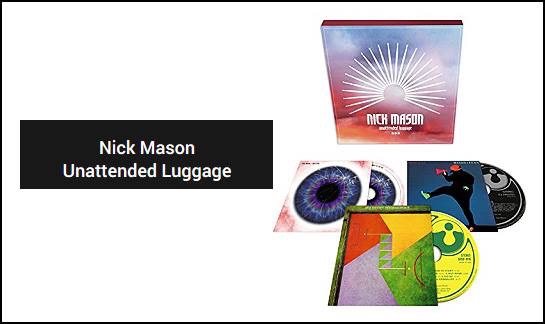 Released on August 31st, 2018 is ‘Unattended Luggage‘, a three album CD or vinyl box set of my albums ‘Nick Mason’s Fictitious Sports‘, ‘Profiles‘ and ‘White of the Eye‘.

These limited edition box sets will be available shortly before our acclaimed new band Saucerful Of Secrets begin their European tour at Cirkus in Stockholm on September 2nd.

“‘Profiles‘ and ‘White of the Eye‘ were an extension of working with Rick Fenn on some advertising and short documentary film soundtracks, which then developed into something more.

“Listening back after 30 odd years, I’m delighted they are getting the reissue treatment. I’m rather hoping that sales will be sufficient to damage the market in the original rare vinyl versions!” – Nick Mason

The three individual albums will all be available as a download and through streaming platforms.

The box sets can be ordered online by clicking here