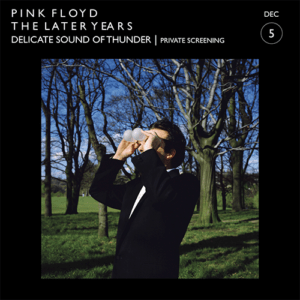 Pink Floyd are giving away 2 tickets to a private screening of the new Delicate Sound of Thunder film from the upcoming The Later Years 1987-2019 box set.

For the chance to win a pair of tickets to a private screening of the restored, re-edited and remixed ‘Delicate Sound of Thunder’ film in London, Edinburgh or Birmingham on December 5th, simply sign up to the Pink Floyd ‘The Later Years’ mailing list below.

The new version of ‘Delicate Sound of Thunder’ is taken from the forthcoming box set, ‘The Later Years’. Filmed at the Nassau Coliseum in New York State, the concert shows the band on the top of their form. The concert has been fully upgraded and re-edited from the original 35mm film negatives by Aubrey ‘Po’ Powell and Benny Trickett and the sound remixed to 5.1.

Head to the link to enter the competition.