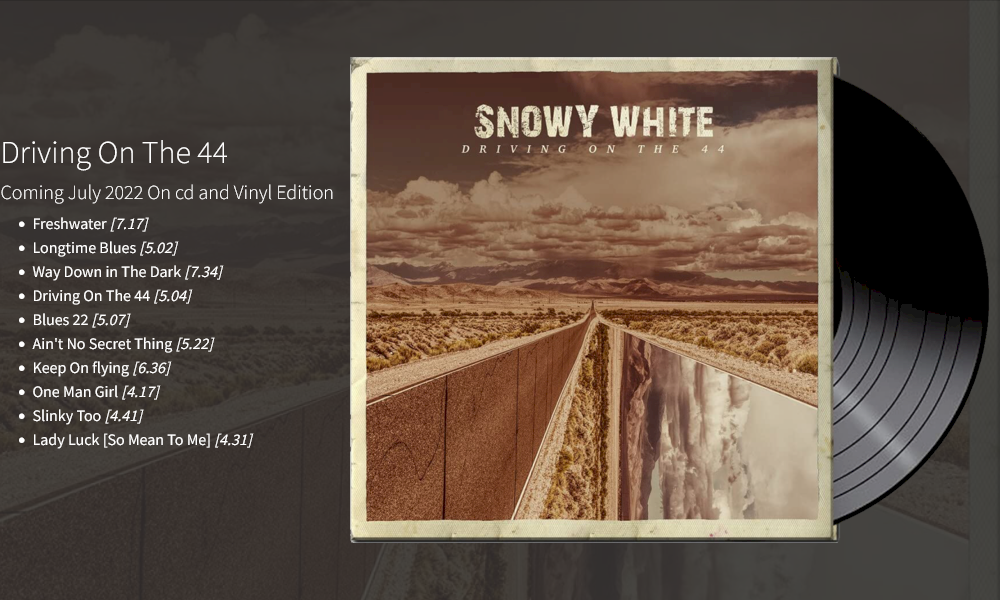 ‘Driving on the 44‘ Released today July 22nd, 2022, is the first album in 3 years from Snowy White, known for his very own ‘English‘ blues style, which is characterized by clear, no-frills blues phrases, which he refines with harder riffs. The songs come across as very direct, human, and authentic—as if he wanted to address every listener personally. Few master this art as well as the British guitarist and singer.