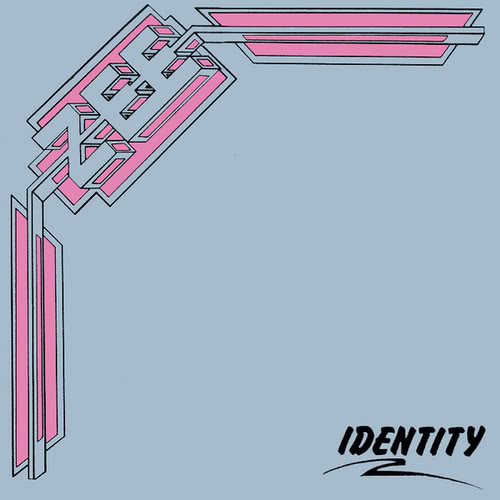 Rumours began to circulate the internet back in April of 2017 that a re-release / expanded version was being worked on, Many people aross the globe had began to revisit the album after all those years, which subsequently accumilated in a refound buzz and love for the original record.

Due to the sad passing of Richard Wright in 2008, One could assume that this album would never be touched again, How very wrong we were.

We have managed to obtain some of Dave Harris (Zee Co-Founder and Rick’s Bandmate) time from his very busy schedule to bring all visitors an exclusive interview regarding Richard and Dave’s Zee Project. 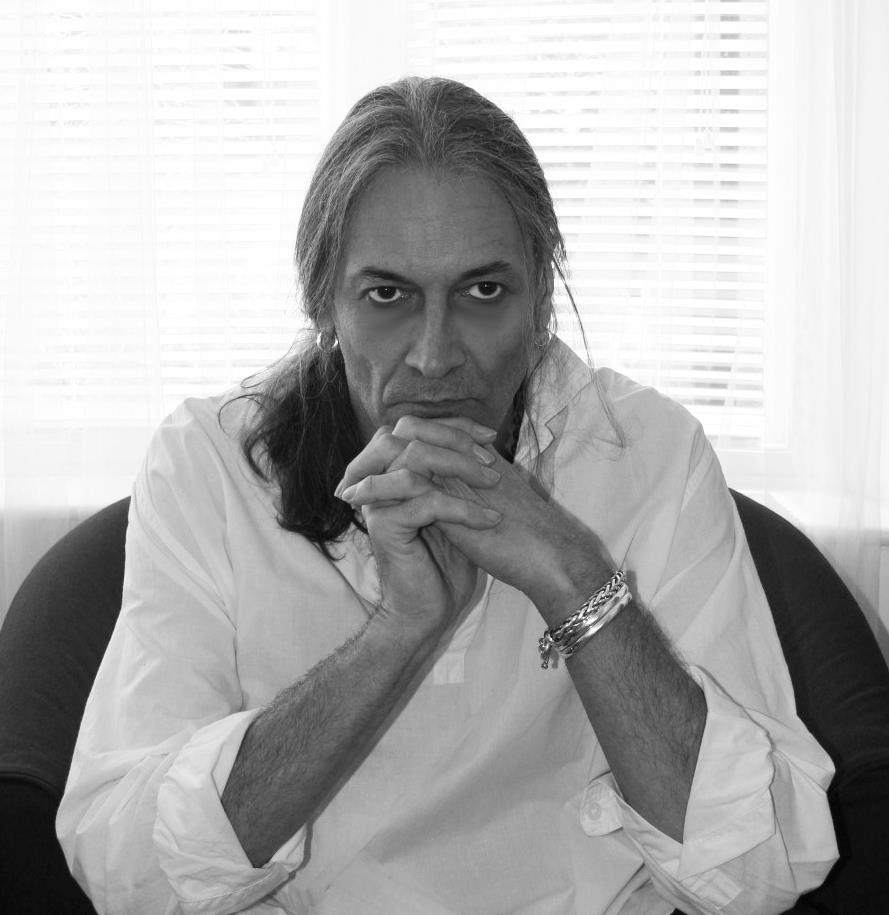 AFG : First of all i want to say thank you from AFG on behalf of all of our visitors across the world, for taking the time to participate in this interview.

How did you meet Richard what set the spark to write an album jointly?
Dave : It happened in New York, I was approached by Raff Ravenscroft (Sax Player Baker Street), I had just left ‘Fashion’, Raff mentioned that Rick had been fired by the band (By Roger Waters) and Rick was looking to set up a new band. When we got back to London, I met up with Rick, Raff and some other musicians who had been selected. From here we had 2 or 3 rehearsals. The other musicians were mainly session guys and had a heavy workload. Therefore the number of players started to chang every time due to their work constraints. It was at this point whilst having a meeting alone with Rick, I suggested we did the album as a 2 piece, and worried about the players when we came to gig. Rick agreed and the plan was set.

What was the influence of your back catalogue in Fashion in the meet-up and the recording of the album?
I have been influenced by many styles of music over the years, the Floyd not being an influence, but I was a fan of them. Rick wanted to take a more modern approach to this new album.

How was the work split between Richard and you in the composition of the record? Did you work together on the songs or did you come up with your own compositions and directly recorded based on them?
We started off together, but there were periods where Rick was away for business, then I would work by myself (Sue and I had moved in with Rick because he had the studio in the rectory and I could work whenever I pleased).

Would you define Identity as a balanced joint effort by Harris and Wright?
Yes I guess so.

What are your recollections of working with Richard as a musician and as a person? What would you stress as your main concerns (both Rick’s and yours) at the time of writing the album?
Our relationship as friends took off straight away, we hooked up and as I say, Rick invited Sue and I to move into the rectory, pretty much straight away. Regarding our musical relationship, we were from completely different musical backgrounds. My concern was that Rick enjoyed working with a heavier balance of synthetic instruments, because this was the way my music was moving. There wasn’t even midi at this stage and we were both interested in using Ricks Fairlight, as he hadn’t touched it yet….

Zee… Where did the group name come from? And Identity? Did you write all the lyrics?
I came up with the name ZEE after the album was recorded, just liked the sound of it and the look, ‘Identity’ was a good name because of the 2 different characters involved. Yes I wrote all the lyrics and top lines.

Many fans still think that the vocals in Identity are Richard’s while I think it’s mainly you. Why was that? Do any takes with Richard on lead vocals survive?
No, Rick didn’t do any lead vocals, he was going through an insecure period in his life when we got to mastering the album, and although he stepped up a couple of times, it didn’t happen. Rick did sing on the B.Vox with me.

It might be an obvious question, but why did the Fairlight take the more prominent role in the record? Didn’t you consider using some other “out of fashion” synths at the time?
The Fairlight was just going through a major update regarding the Page R sequencing package, in fact we were working on beta versions with Syco Systems who were the main suppliers of Fairlight in Britain. It was a fabulous time, and a new way of syncing other keyboards to it.

Did any other musicians work on the record and remain uncredited?
No the album was totally Rick and myself.

Did you get in touch with Richard after the original release and did you ever consider a follow up?
Rick wanted to do a follow up album straight away, we had done some work at his house in the South of France and he had the idea to move everything down there and start the next album. I had been offered a co production of an album for another artist and because I wanted to advance my career into production as well, I took the Production job, Obviously I wasn’t as financially well off as Rick and couldn’t afford to take another year off writing a new album.

What are your memories of the let’s say cold reception the record has at the moment and what made your mind up to remix and re-release it?
I wasn’t aware of a cold reception at the moment, since Social media has reduced the size of the world there has been a better reception than I ever thought. I do remember a cold reception when ‘You Tube’ came out and some of the comments were pretty bad. The people I am in contact with now are people who bought the album when it 1st came out and have been a fan since then.. My mind was made up by an author from Italy who had written many books on the Floyd and persuaded me to do a digital remix. Strangely enough, within about 2 weeks I had been contacted by a record company in the UK who do License deals on out of print albums. So I said yes…

How do you feel with the album 30 years later? What would you have done differently then and what has been your re-mixing criteria now?
The main thing I wish is that the Fairlight wasn’t so strong in the compositions, having said that, it was the keyboard and the new sound and sequencer of the time, so that’s that. I wish, Rick had been up to singing some lead vocals and writing some lyrics.
Regarding the remix, the digitalization and subsequent eq’ing has brought out a lot of frequencies especially bottom end which have become available because of the new amazing software plugins that are available.

You’ve had several proposals to re-mix the record in 5.1. Did you seriously consider the possibility and thought of any engineer? Andy Jackson would be a perfect candidate, but there are other like Bruce Soord or Giancarlo Erra that might be interested.
Yes I have been approached by a guy, Jan Printz who has offered to do that. We will see as we get to release.

Apart from Richard’s family, did you have to pass any other filters inside Pink Floyd’s world to have the record released? How would you define having to deal with PF’s bureaucrats?
Yes we are dealing with Pink Floyd Music Ltd. As it was them who own the recording rights. They have made an agreement as well as that we have to adhere to, and defining working with them, fine but slow…..

Will Pink Floyd support the promotion of the release? Your closeness to the fans in Internet has been greatly appreciated, but having PF’s marketing machinery supporting the reissue will surely boost sales.
Unfortunately not, I agree It would have been great to have them on board especially as they or Richard Wright Music Ltd. haven’t had to pay 1 penny in the reproduction of this album, they could just sit back and take their cut. That’s all I can say.

Did you consider asking David Gilmour or Nick Mason to do any special contribution for this new edition?
I would have loved to have done that, but to have had an agreement for them to be a part of the re release would have been out of the question and financially crazy.

What is Richard’s family position regarding Mr. Wright’s musical legacy? Have they considered opening the vaults for you to use any unreleased material he may have been working on prior to his death?
I met with Gala and Jamie last summer, we had a great meeting after so long, and they were young kids in 84. I mentioned this to them, but it seems there are so many tapes files etc. that they haven’t been able to really make head nor tail out of it. So no commitment really. We will have to wait and see….

After all the delays in releasing the record, do you have now a new target date?
As it happens Liam, I am about to contact RWML. As the ball is in their court. I am ready with the complete packages but they have had various changes they wanted to make to the album package and our agreement. We could have the album out in a couple of months if everyone is compliant and right now, I don’t see why they shouldn’t be. I will keep you and the Facebook followers posted over the next couple of weeks.

Apart from a new Fashion album that is on the works, what will the future bring to Dave Harris?
Thanks for that plug my friend… After these 2 albums are released I am looking forward to working with Zeus B Held again (The producer of Fashion Fabrique). We will be working under a new name and looking towards Recording an album and Gigging soon afterwards. I’m very excited about this project.. I hope you will be too..

Our sincere gratitude goes out to Dave once again for taken the time to participate in this interview, for those of you wishing to follow the movement on the Zee : Double Identity release you can do so by visiting Dave’s – ZEE (Official)  Facebook page by Clicking Here

Many thanks to César & Jose Lira for their contributions to conducting this interview.