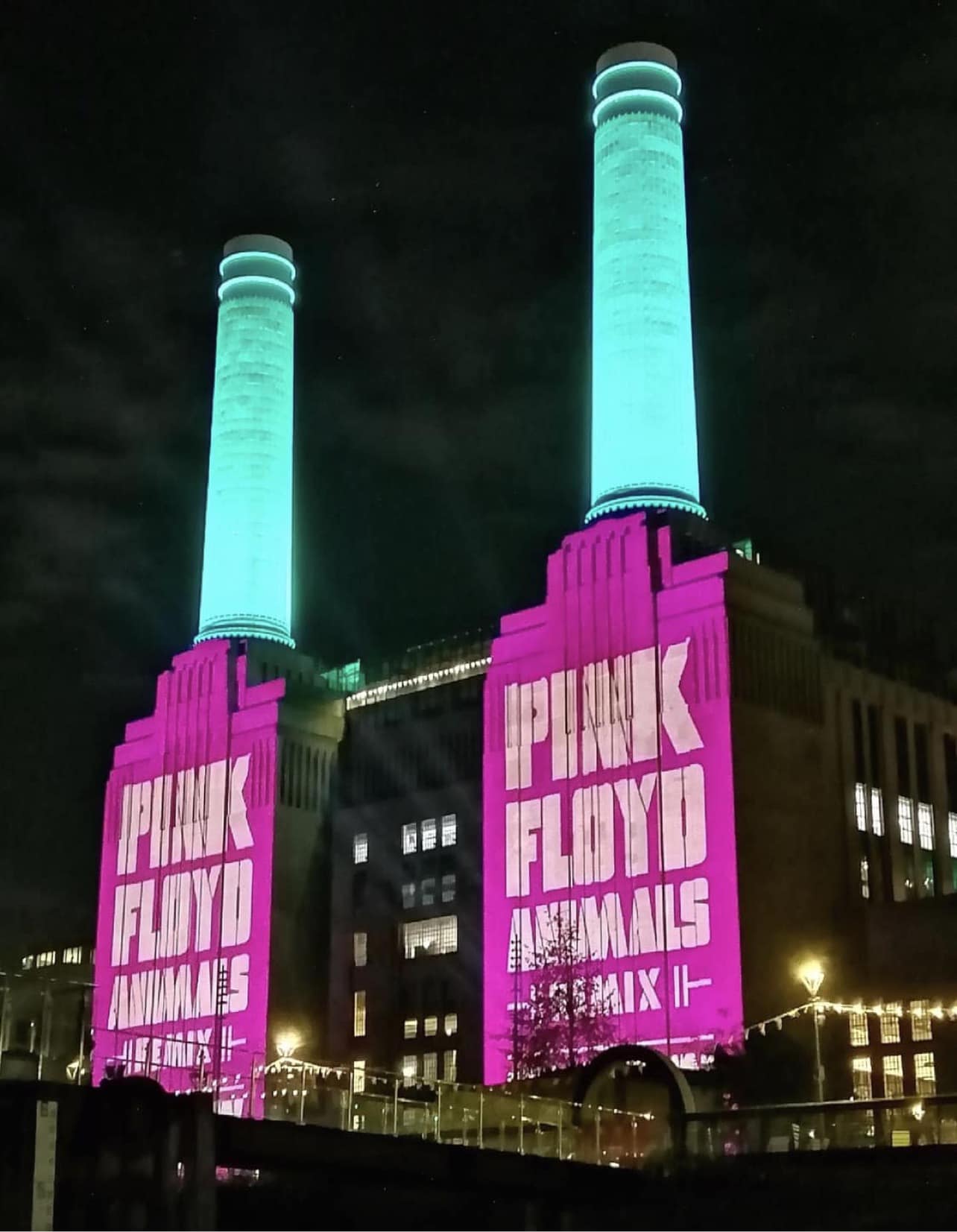 A rehearsal took place last night at the Battersea Power Station in London, where Pink Floyd have used the building to promote their new release, Animals 2018 remix.

In a statement released on social media “To mark the release of Pink Floyd’s Animals 2018 Remix, London’s Battersea Power Station will be an eminently suitable canvas next Wednesday and Thursday, between 8:30pm – 11pm, with a sneak preview on Tuesday night at the same time, as a test run…“