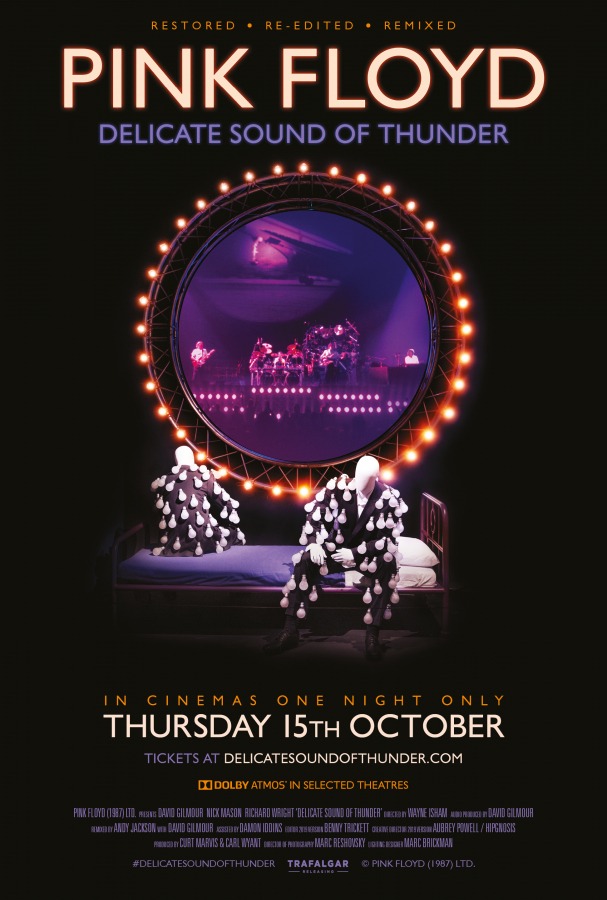 !! Pink Floyd have now announced the screenings have been postponed. More details are to follow !!

Pink Floyd’s Delicate Sound Of Thunder is to be screened at cinemas around the world for one night only on October 15.

The concert was recorded and filmed at Long Island’s Nassau Coliseum in August 1988 during the band’s tour in support of the previous year’s A Momentary Lapse Of Reason.

The new cinematic release by Trafalgar Releasing has been restored, remixed and re-edited from the original 35mm negatives and transferred into 4K. It’s been completely re-edited by Benny Trickett under the creative direction of Aubrey Powell from Hipgnosis, while the audio has been remixed by David Gilmour, Andy Jackson and Damon Iddins.

A statement on the release reads: “As a record of the creative power of David Gilmour, Nick Mason and Richard Wright at their incendiary best, Pink Floyd’s Delicate Sound Of Thunder in the cinema is an engrossing and uplifting event, to be enjoyed by any rock music fan.”

Tickets will go on sale from next Friday (August 28). Visit the Official Delicate Sound Of Thunder website to find where the film will be shown near you by clicking here.