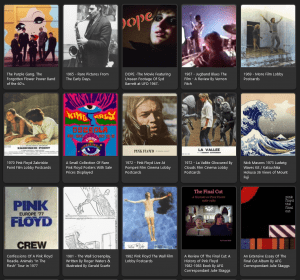 As part of our ongoing master plan to bring you the most comprehensive community covering all things Pink Floyd and Solo.

We have been hard at work behind the scenes re-developing many aspects of our site to bring you even more content using the most up-to-date immersive technology to be able to showcase many exhibits digitally in the same format as they were originally created.

Having had an overwhelming response to our Tour Book Exhibition earlier this year, we have given the Fun & Fantasy and Other Exhibitions section a complete re-design.

Albert Magoolie – Albert has been in contact, he has been writing his long anticipated memoirs and has refined some of his story which was originally published back in 1998.

Wallpapers – A Selection of A Fleeting Glimpse wallpapers for your device completely free for you to download.

Comic Books – A selection of the rarest of Pink Floyd edition comic books have been digitally recreated for your viewing pleasure.

And many more new additions, we hope you will join us in exploring our modern layout, which has been developed to make things easier for you to navigate through.

David Gilmour - Return To Pompeii (Behind The Scenes)

Freshly posted on the Official David Gilmour Youtube channel is the previously unreleased Behind The Scenes footage from the David Gilmour – Live at Pompeii release.

The footage that has recently been uncovered was originally featured as the Introduction to the cinematic release of Live at Pompeii and has not been included in the subsequent boxset and blu-ray release of the concert.

Available from 7th November 2021 on Itunes, Spotify and all other Listening Platforms. Click Here to be taken to Apple Musics Listening Page 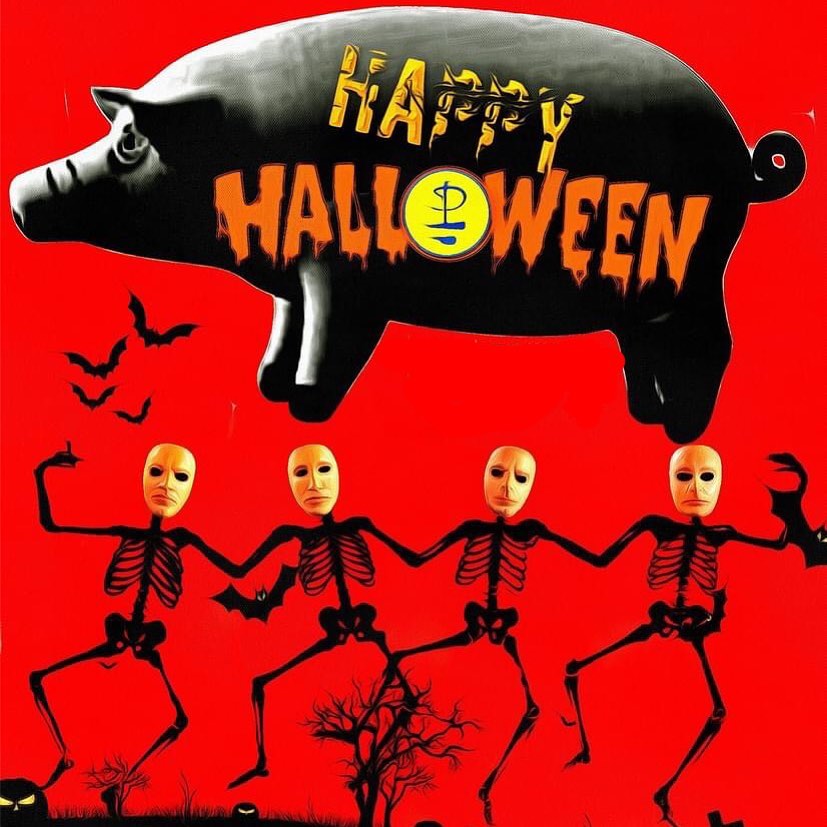 It’s that time again .. Happy Halloween From A Fleeting Glimpse
Carving a Pink Floyd inspired pumpkin this year ? We would love to see it, You can add us on our official Instagram account @a.fleeting.glimpse

Syd Barett Guitar Auction 2021
Guitar once used by the world-famous London-based rock band Pink Floyd’s founder Syd Barrett was bid the highest by a man in France at a UK auction.

A twelve-string Yamaha acoustic guitar once owned by Pink Floyd founding member Roger ‘Syd’ Barrett has been sold for a whopping £19,920 (Rs 20,58,052) at the Cheffins Art & Design Sale on Thursday, 28 October, in the UK. The rare iconic guitar has fetched an amount two times of its pre-sale estimates of £5,000 to £10,000, and the proceeds are expected to be divided between two parties-- charities Mind and the Arthur Rank Hospice.

Martin Millard, Director, Cheffins said in Cheffin’s release: “We had a number of Pink Floyd superfans present at the sale and successful bidders from across the globe, the legend of Syd clearly lives on.” She stressed, that the guitar had received a huge pre-sale interest on an international scale and “goes to show that his cult-like status as one of the greatest icons in the world of music still holds true.”

The instrument, once used by the world-famous London-based rock band Pink Floyd’s founding member Syd Barrett, was bid the highest by a man in France. It was sold by Syd’s nephew, Mark Barrett, according to a release by the auction house. Pink Floyd’s former lead singer and band’s frontman had spoken about his guitar in a popular 1971 Rolling Stone Magazine interview by Mick Rock. Barrett also went on to record two solo albums with the now auctioned guitar. The instrument carried a serial number of 1090448 and has a date code for 21 October 1969 inscribed on it. “It’s my new 12-string guitar”, the musician at the time had told the Rolling Stones magazine, adding that he polished the instrument every day and was still getting used to it.

Mark Barrett, Roger Barrett’s nephew said “We were thrilled with the result of the guitar and are pleased that it will be going to someone who will appreciate it. It’s been in our family loft for years so I hope that it will give someone else as much joy as it did my uncle. The funds from the sale will be going to two really important causes, MIND in memory of my uncle Roger and The Arthur Rank Hospice in memory of my father.”

The rockstar, later in his career, also used a mirrored Fender ‘62 Esquire guitar that became extremely popular in the 60s. Barrett, however, quit the band Pink Floyd in 1968 and went on to reside a normal life in the basement of his mother’s house in Hills Road in Cambridge. The former Pink Floyd singer suffered a mental health deterioration and kept his guitar with his father, Alan Barrett as he sold his Hills Roadhouse in 1974. His nephew, Mark Barrett informed that he has been in possession of Syd’s instrument since November 2020, as the singer had asked to sell it later on at auction for charity. The bidder who purchased the guitar had earlier bought a table designed by Barrett for £2,365.50 in a separate auction, as well as a pair of wall-mounted spotlights from Barrett’s recording studio.

Cheffins had earlier managed to sell a painting titled Orange Dahlias in a Vase by Syd Barrett in May 2021 for a whopping £28,270, which was over five times its pre-sale estimates by the auction center. Several objects from Berrett’s home in Cambridge at no. 6 St Margaret’s Square, where he had lived since 1981, were also auctioned earlier. “Despite Syd’s Pink Floyd years being marred by drug addiction and struggles with mental health, he was one of the UK’s greatest musical talents and one of Cambridge’s greatest exports and we were honoured to have had the opportunity to offer these important items for sale“, Cheffins stated in a release.