One can easily forget that in its infancy, Pink Floyd was a wild, veering psychedelic quartet that took all kinds of chances and sometimes even overstepped. The pristine prog concept combo behind Dark Side of the Moon and the Wall put its acid punk face forward in songs such as Lucifer Sam and Interstellar Overdrive.

Floyd drummer Nick Mason’s Saucerful of Secrets plays the music of those early years from 1965 – 1972 and they do it with gusto.

To clarify, it takes both Harris and Kemp to accomplish what Gilmour did in Pink Floyd. But they tear it up. There are more foot pedals between the three guitarists than you see in a fully-stocked studio.

Mason says the band is not a tribute — he even joked about not being the Australian Pink Floyd or the Danish David Gilmour — but rather a vehicle to showcase the early spirit of the London Underground scene Pink Floyd players such a part in.

From the kaleidoscopic lighting to the vintage poster lettering and image-styled backdrop, the group aims for period. It achieves it too.

Opening with the double-whammy of Interstellar Overdrive and Astronomy Domine, the band then set controls for the less-to-never performed material in the early Floyd catalogue. Hearing them cut loose on the Syd Barrett gem Vegetable Man was one of the evening’s highlights.

It was far from the only one as pristine jams happened in Obscured By Clouds — such great slide — and Green Is the Colour — bass solo! — as well as the freaking Nile Song.

Hands down the heaviest thing the band ever recorded, the Nile Song is from one of the soundtracks (Obscured By Clouds the other) that the bad did for small art house films most in the audience have probably never seen.

Mason told Postmedia in interview that those two records always seemed to get ignored and he thought some very fine music was being missed. No question that both When You’re In and Childhood’s End from Obscured By Clouds were two of the strongest songs in the set opening night of the North American tour at the Queen Elizabeth Theatre.

The song is a jewel of Barrett’s nonsensical lyricism and sounds great live.

That is the key of Saucerful of Secrets. Named after Pink Floyd’s 1968 follow-up to its debut, The Piper at the Gates of Dawn (1977), the quintet is performing the music fans, most of them at least, have never heard played live period. All those Pink Floyd tribute bands typically stick to post Meddle era and concentrate on the songs that still keep classic rock radio going.

The most likely place to hear someone lay down these early gems would be in some dingy punk club. That’s the vibe they carry and it’s the spirit Nick Mason’s Saucerful of Secrets served them up with.

Highly recommend catching this band on its tour as it’s not likely a long term notion. 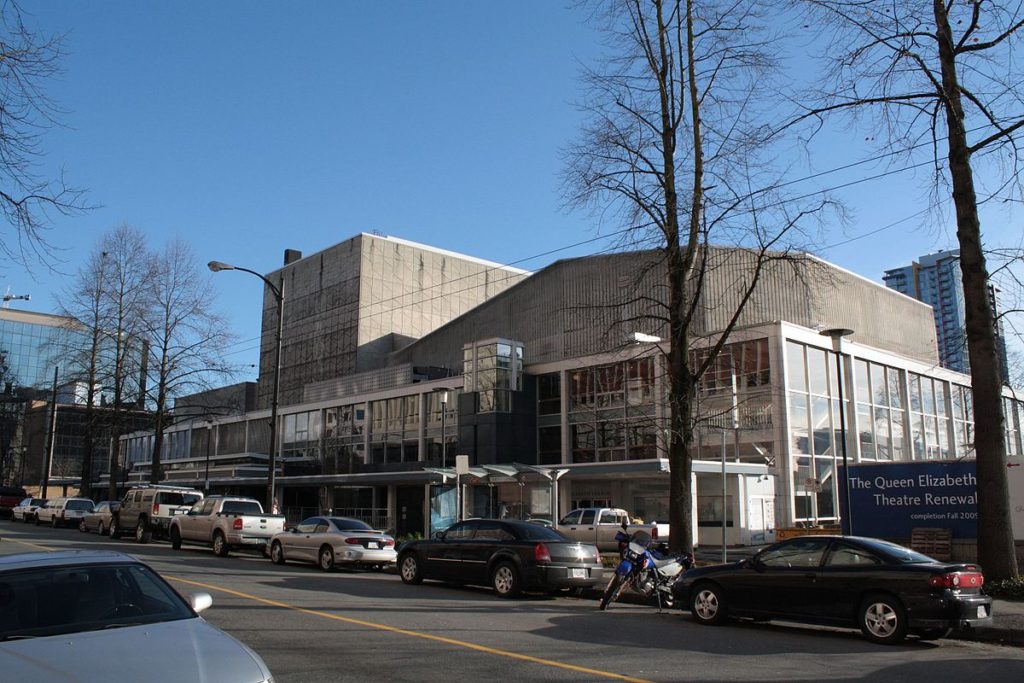 The Queen Elizabeth Theatre is a performing arts venue in downtown Vancouver, British Columbia, Canada. Along with the Orpheum, Vancouver Playhouse, and the Annex. It is one of four facilities operated by the Vancouver Civic Theatres Department (the Playhouse adjoins the QE Theatre in the same complex).It is named after the current Canadian monarch, Queen Elizabeth II.

Formerly the home of the Vancouver Symphony Orchestra, which is now based at the Orpheum, the Queen Elizabeth Theatre is the home of the Vancouver Opera and Ballet BC, in addition to hosting various other musical events year-round. The theatre has a 70′ wide x 40′ deep (21.34m x 12.19m) stage / performing area. The building holds two venues: the 2,765 seat main auditorium and the 668 seat Playhouse Theatre.

The theatre was the first project by the Montreal-based architectural partnership Affleck, Desbarats, Dimakopoulos, Lebensold, Sise. It opened in July, 1959.