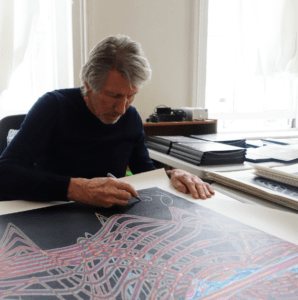 Known for his work with MusiCorps Wounded Warrior band in the past, Roger has teamed up with Soundwaves Art Foundation to sell some exclusive art / prints to help support the MusiCorps foundation.

The MusiCorps foundation was formed in response to the crisis of returning service members injured in Iraq and Afghanistan, MusiCorps is a conservatory-level music rehabilitation program that helps wounded warriors play music and recover their lives. It has been praised by the Wall Street Journal as “revolutionary,” is pioneering in the field of adaptive music, and has helped countless wounded warriors learn or relearn how to play an instrument as a core part of their rehabilitation.

The MusiCorps Wounded Warrior Band, the performance component of MusiCorps, is made up of injured veterans who became musicians through MusiCorps. The band has wowed millions of people with powerful performances that speak to the talent and resilience of its members. 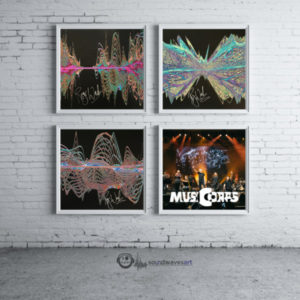 Up for sale to raise funds for the foundation is “Another Brick In The Wall” (Parts I, II, & III), Which are taken from The Wall, Pink Floyd’s 11th studio album, which was released in 1979 and is regarded as one of the greatest of all time. With estimated sales of over 23 million copies it has the third highest US sales for an album. Roger Waters has signed three originals and 33 prints from each song to support the work of MusiCorps,which has been helping injured veterans in their recovery through the power of music.

You can find more information and buy a piece for your own collection by clicking here.

A new species of shrimp has been named after Pink Floyd thanks to a pact between prog rock-loving scientists.The synalpheus pinkfloydi uses its large pink claw to create a noise so loud it can kill small fish. The team behind the discovery vowed years ago if it ever found a new pink shrimp it would “honour” the rockers.

Sammy De Grave, head of research at Oxford University Museum of National History, said he has been a fan of the band since he was a teenager. He has previous for naming crustaceans after rock legends, having already named a species of shrimp after Rolling Stones front man, Mick Jagger – Elephantis jaggerai.

He said: “I have been listening to Floyd since The Wall was released in 1979, when I was 14 years old, The description of this new species of pistol shrimp was the perfect opportunity to finally give a nod to my favourite band. We are all Pink Floyd fans, and we always said if we would find a pink one, a new species of pink shrimp, we would name it after Pink Floyd.”

Don’t miss this rare opportunity to see Roger Waters, the creative genius behind musical pioneers Pink Floyd, in conversation with Jon Pareles, the chief pop-music critic at The New York Times. The duo will discuss Waters’s first solo studio album in 25 years, entitled “Is This the Life We Really Want?” With no signs of slowing down, Waters will also be embarking on an extensive North American tour, “Roger Waters — Us + Them,” kicking off on May 26 in Kansas City, Mo. Join Waters for an evening of contemplative discussion about his storied career, his message of humanity, and how empathy is the key to getting the life we really want.

To buy tickets and to find out more information click here
Roger Waters - Is This the Life We Really Want? (Making Of) [Part 3] 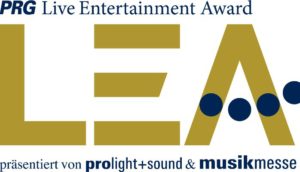 David Gilmour won Concert of the Year at yesterday’s LEA awards in Germany for the show at Schönbrunn Palace, Vienna, on June 28th 2016, ahead of fellow nominees Adele, Andreas Gabalier, Iron Maiden, and Yello.

Barracuda Music promoted both of David’s shows at the Vienna venue.