Earlier this month we reported that there was to be an exhibition at the Victoria & Albert Museum (London) called ‘You Say You Want a Revolution: Records and Rebels 1966-70’. (See Original Report) This exhibition opens Sept 10 and will include some Pink Floyd Exhibits, as well as other major artists from that period. Tickets For Event

We also stated that Some of the ground work for the V&A show has already been done. In 2014, a Pink Floyd retrospective organised by one of Italy’s biggest music promoters was abandoned following a reported dispute over fees and intellectual property rights. A worldwide tour of hundreds of exhibits, including designs and recordings, had been planned. A giant inflatable pig, featured on the cover of Animals, and the stage sculpture of The Wall are among artefacts that are now likely to come to the V&A instead.

Well it seems somebody was quick off the mark with the original press release, because it has now been revealed that ‘Pink Floyd Their Mortal Remains’ (Yes, the Exhibition that was originally planned for Milan) will be a MAJOR Stand Alone Exhibition at the V&A from 13 May to 1 October 2017.

The exhibition will be an unprecedented, innovative and multi-sensory journey through Pink Floyd’s extraordinary worlds, chronicling the music, design and staging of the band, from their debut in the 60s through to the present day. The Pink Floyd Exhibition: Their Mortal Remains is the first international retrospective of one of the world’s most pioneering and influential bands who are recognised as one of the top selling artists of all time. Aubrey Powell curates alongside Paula Stanton for Pink Floyd and, for the V&A, a team lead by Senior Curator Victoria Broackes. The curators have worked in close consultation with Roger Waters, David Gilmour and Nick Mason on the content of the exhibition, which will feature over 350 artefacts spanning the band’s five decades, alongside material from the V&’s outstanding collections of art, design, architecture and performance. TICKETS 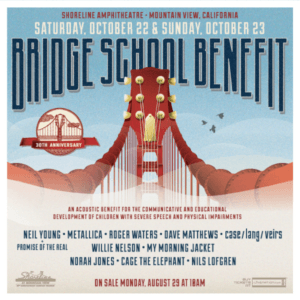 Roger Waters, Metallica, and Dave Matthews headline this year’s lineup alongside My Morning Jacket, Willie Nelson, Cage the Elephant, Norah Jones, and case/lang/veirs (Neko Case, k.d. lang, and Laura Veirs). Young himself will also take the stage accompanied by his new band, Promise of the Real. 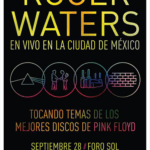 IMPORTANT UPDATE: We have been requested by Roger’s Management to remove several dates that we had listed, which we have done in good faith. As soon as any dates become official we will re-list them.
(Originally posted 6 May. Updated 25 May and 22 Aug)

Pink Floyd Exhibition At The V&A. Kicking off on September 10th at the Victoria And Albert museum London, Pink Floyd memorabilia will be featured in an exhibition titled You Say You Want a Revolution: Records and Rebels 1966-70. A statement … END_OF_DOCUMENT_TOKEN_TO_BE_REPLACED

If you were thinking of ordering Pink Floyd’s The Early Years from Amazon but were put off by the prices, look again! The prices (Especially in the US) have come down, and remember if you purchase from Amazon, and the prices come down again, you will only be charged the lower price. 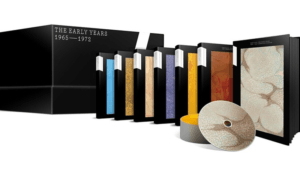