In 1984 David Gilmour embarked on a tour to promote his album ‘About Face’. The tour kicked off on 31 March and went through to May 1 in Europe and then moved to North America from May 9 through to July 16. The pictures you see on this page were taken on April 12 at the Bourse du Travail, Lyon (Lione) France.

The setlist for the European leg of the tour was mainly:
Until We Sleep
All Lovers Are Deranged
There’s No Way Out Of Here
Love On The Air
Mihalis
Cruise
Short & Sweet
Run Like Hell
Out Of The Blue
Let’s Get Metaphysical
You Know I’m Right
Blue Light
Murder
Near The End
Encore Comfortably Numb 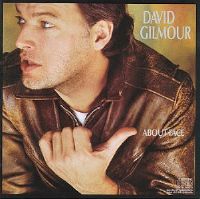