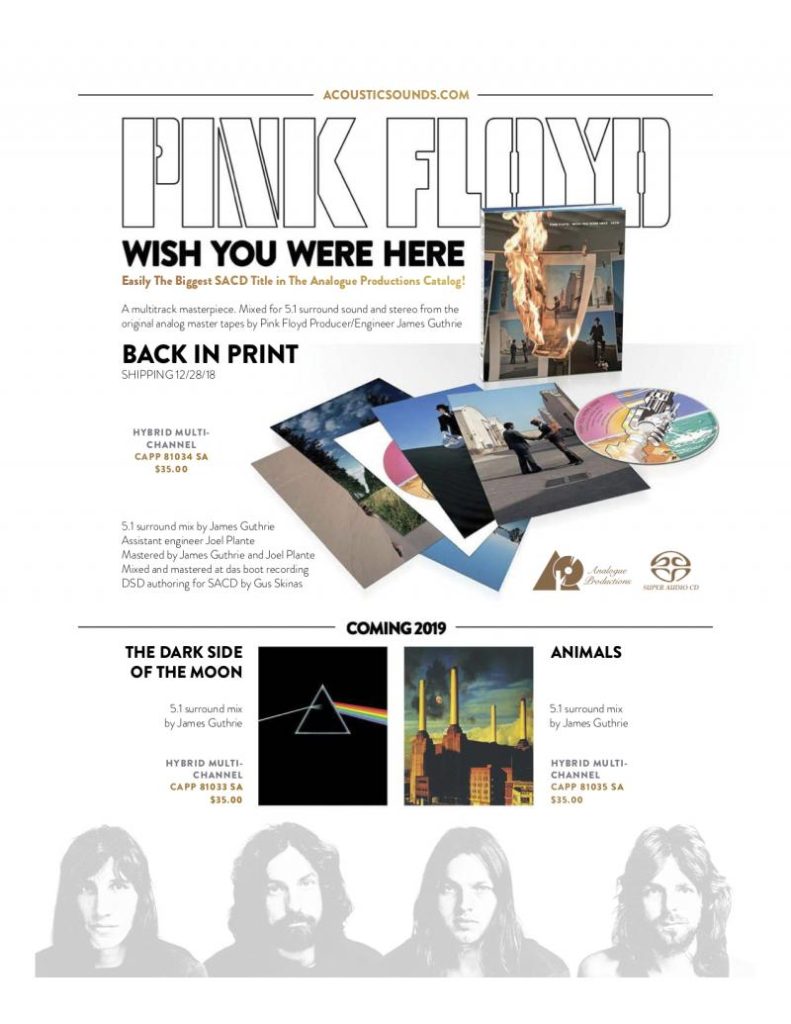 Recently posted on Acoustic Sounds is an advert for 2018’s Wish You Were Here in S.A.C.D format, however what is more appealing is the advertising for a remixed 5.1 version of Animals (Much speculated) but also to our surprise Dark Side Of The Moon.  One is not sure wether this is a re-release of the 2003 (30th Aniversary) SACD or a completely new mix, But with James Guthries input we are sure this is going to be another great addition to your collection.

Just before Christmas Shaun made the trip down to Hove, on the South Coast to visit David Gilmour’s private studio and spend some time with the great man and chat about some of his collection of vintage guitars. In the final hour of this programme we’ll play out their chat as they go deep into the history of David’s guitar collection and chat about some of the instruments he used on some of Pink Floyd’s greatest tracks and why he’s decided to put a lot of he collection up for auction.

You can listen to the episode for upto 7 days by clicking here. 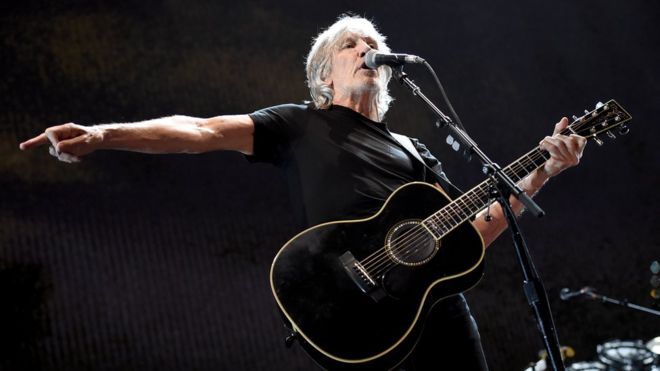 Pink Floyd star Roger Waters says he hopes to carry out more rescue missions after chartering a jet to bring two stranded foreign boys out of Syria and reuniting them with their mother.

Waters flew a human rights lawyer and the boys’ mother to northern Iraq to pick up the pair, aged seven and 11.

The Trinidadian boys had been abducted and taken to Syria by their father.

Waters told BBC News it was his first such trip. “It’s the first time, but I hope it won’t be the last,” he said.

Seven-year-old Ayyub Ferreira and his brother Mahmud, 11, had been in Syria since being taken there by their father, an Islamic State fighter, in 2014 or 2015.

The father is thought to have been killed in 2017 and the boys were then abandoned by his Belgian wife.

They were found by the Kurdish-led Syrian Democratic Forces and taken to a refugee camp in northern Syria. 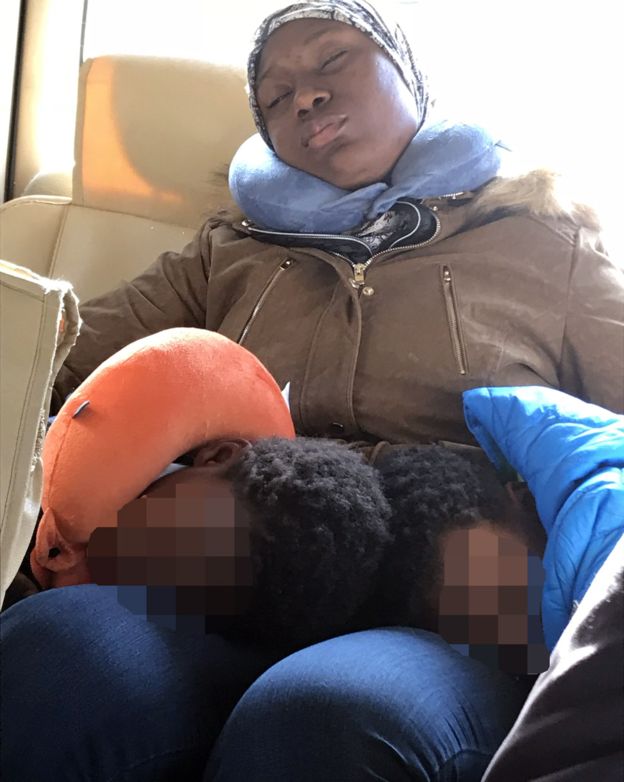 Felicia Ferreira and her sons sleeping on the journey

The guitarist got involved after being told about their plight by Clive Stafford-Smith, a lawyer and founder of human rights charity Reprieve, who helped track down their mother Felicia in Trinidad.

The rock veteran helped persuade the Trinidadian government to issue travel documents for the boys and paid for the jet and crew, who set off at the start of this week.

“We all flew off to Irbil in northern Iraq and did a lot of hand-shaking and meetings with the minister of foreign relations and the governor of the state, and eventually the rescue team set off across the border with all the permissions,” he said.

“I sat in Irbil pulling my hair out with anxiety, and after about 15 hours, Felicia and the two boys stumbled into our hotel at about half past one the next morning, and it was a moment of great happiness for all of us.”

The boys were in good health, he said. “They looked well fed. They are obviously startled, stunned. You can imagine how hard it is, particularly for the seven-year-old, to see their mother again.

“Clive went and saw them in the camp before Christmas and asked them what they wanted for Christmas, and Ayyub, who’s the younger one, said he wanted to hug his mum. So he’s got that wish, which was remarkable.”

Waters has been an outspoken critic of Western intervention in Syria and elsewhere.

He said he wanted to help because anyone who ever sees suffering children on TV wants “to leap through the screen and gather them up and feed them and save them from harm“.

He said: “I’m privileged enough to at this point… to have the time because I’ve just finished a two-year tour and suddenly I’ve got some time to stop for a bit, so to be able to use some of the time getting these two kids out is great.

“But also it gives me some sort of a platform to say, what about all of the others? Why aren’t we doing anything?” 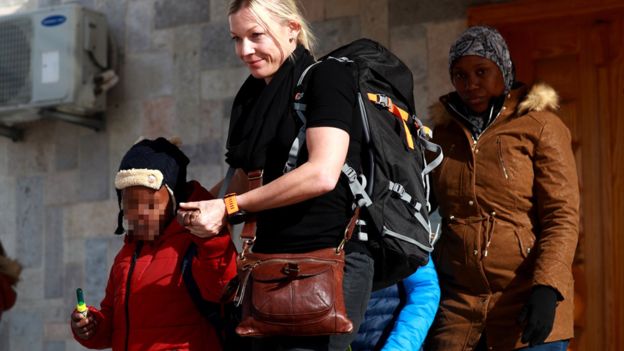 One of the boys and his mother being led by an NGO worker in Qamishli, Syria

Kurdish forces have rounded up hundreds of foreigners suspected of fighting for the IS group, but Stafford-Smith says they are also holding more than 1,200 children. At least 10 are British, he says.

The Kurds have repeatedly called on their home countries to take them back, but most governments have refused to do so.

“And also we need to provide some sort of a legal framework to deal with the ones in the detainment camps who are committed Isis followers because I’m not suggesting they should all be repatriated without any attention to the legal requirements.”

Ayyub and Ferreira Mahmud are currently in London before travelling home to Trinidad.