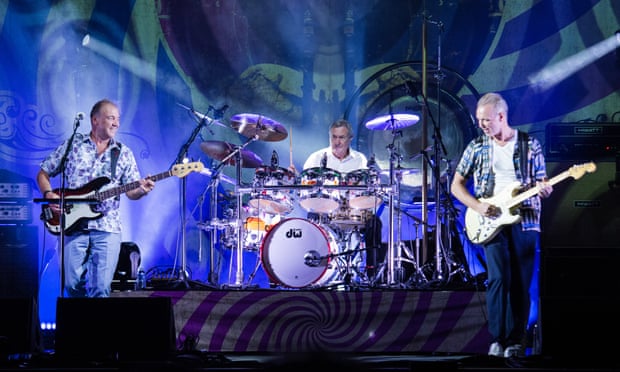 Nick Mason of Pink Floyd is revisiting the band’s acid-drenched years – with Gary Kemp standing in for Syd Barrett. Are they serious?

If you didn’t know who he was, you would never take Nick Mason for one of the most successful rock stars of all time. Aged 74, dressed down in jeans and a white shirt, softly spoken and understated to a fault, he might be taken for a retired businessman, a solicitor or perhaps the architect he was training to be until a career as Pink Floyd’s drummer intervened.

Handily, his surroundings tell his story for you. The walls of Mason’s London office are covered with awards and memorabilia. Some dates back to when Pink Floyd improvised a soundtrack to LSD-fuelled happenings at the UFO Club. And some of it speaks of commercial success on a barely conceivable scale. What I think is a platinum disc turns out to be a 22-times platinum disc: “To commemorate the sale of more than 22 million copies of the album The Wall.”

Mason is giving an interview because he finds himself in a “very odd” situation. He’s going on tour for the first time in 24 years and the contrast between then and now is almost comically pronounced. In 1994, Pink Floyd’s Division Bell tour grossed $250m and required 53 trucks to ferry it around the world. This year, he’s performing in the kind of small venues no member of Pink Floyd has played in for half a century – and without the “considerable degree of luxury” their latterday tours afforded. 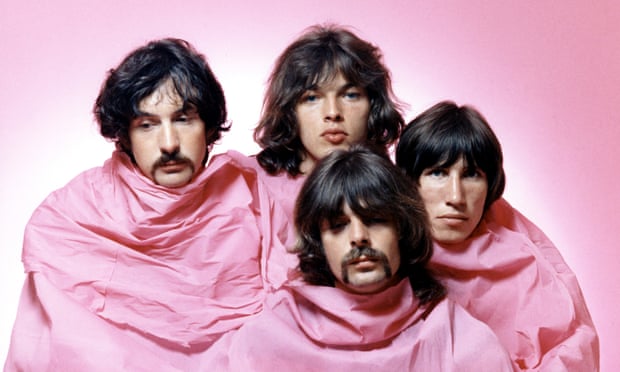 When I mention this, he talks about “the camaraderie” of his new band, Saucerful of Secrets, and mutters something, a little heavily, about how travelling around by chartered 747 doesn’t necessarily make life happier. He did, after all, live through the endless icy struggles that lurked behind Pink Floyd’s vast success.

The real shock is what Saucerful of Secrets, named after Pink Floyd’s 1968 album, are playing. No one expected Mason to see out 2018 as part of a band dedicated to performing the music Pink Floyd made before The Dark Side of the Moon catapulted them to superstardom in 1973. And no one expected such a group to be fronted not just by longstanding Floyd bassist Guy Pratt, but also by Gary Kemp of Spandau Ballet.

“I never in a million years thought Nick would do it,” says Pratt. “But I thought I’d send him an email. And he just said, ‘Yeah, come and have a chat.’”

The email caught Mason in a reflective mood, arriving in the wake of Their Mortal Remains, the blockbusting V&A exhibition that finally seemed to draw a line under Pink Floyd’s career. “Well,” sighs Mason. “I always live in hope. They’ll write ‘I’m not sure the band’s really over’ on my tombstone.”

Mason was intrigued by the idea of revisiting an era when “we didn’t really know exactly what we were doing”. These were the years when the late Syd Barrett was Pink Floyd’s frontman and their brand of exploratory psych got very short shrift outside of London’s hippy enclaves. “Oh God,” groans Mason. “Playing a Top Rank ballroom somewhere, on a bloody revolving stage, with Geno Washington and the Ram Jam Band on the other side of it, and the whole audience wanting them to come on and us to get off.”

Later, after Barrett’s mental breakdown and departure, Pink Floyd were written off by their own managers and, in search of a new direction, tried everything from spacey improvisations to epic orchestral pieces and pastoral country rock. “I hadn’t really examined these songs in 40-something years. It was a real eye-opener. Syd’s way of working and his writing, and some of the other things we did, you just think, ‘God, this has got such a modern feel to it.’” He smiles. ‘Obscured By Clouds! You could take that to Ibiza.” 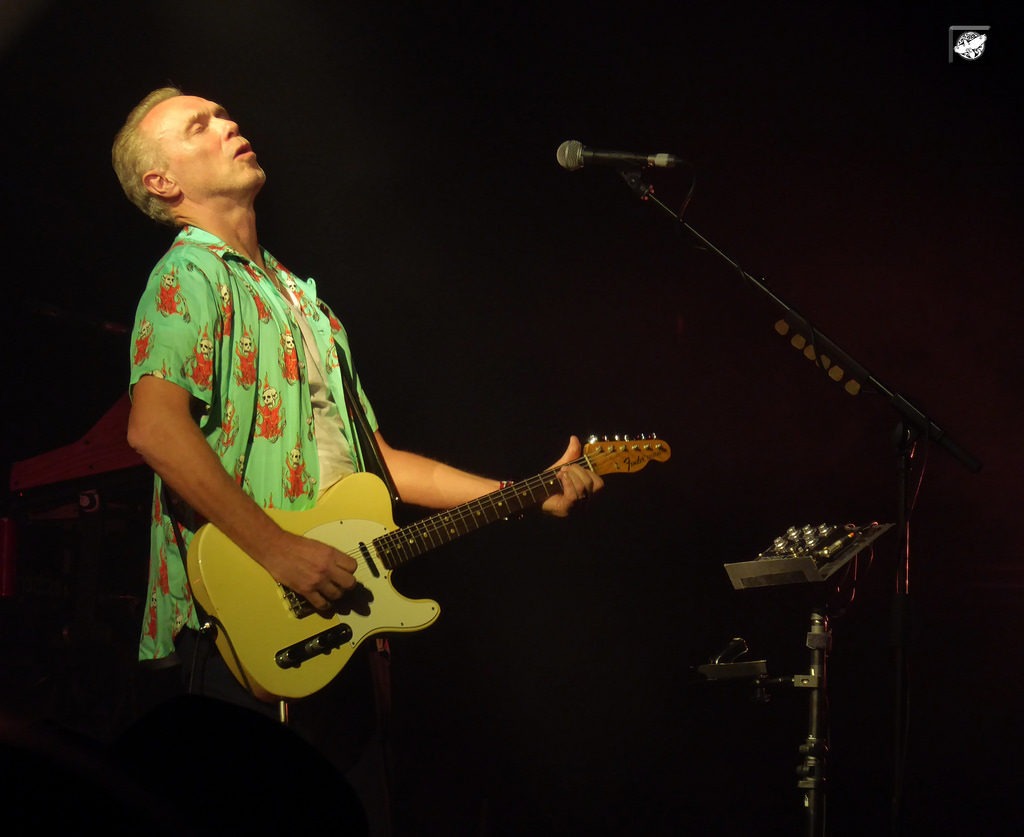 Mason’s rediscovered enthusiasm for his band’s soundtrack to the French film La Vallée notwithstanding, Saucerful of Secrets looks like an enterprise fraught with risks. The Syd Barrett era may well be the most revered part of Pink Floyd’s career, its mythic nature bolstered by the saga of Barrett’s decline and subsequent reclusivity. Not every fan was overjoyed to hear that the man who wrote the Spandau Ballet hits True and Gold would be singing See Emily Play and Astronomy Domine.

“I had a very similar feeling when it got announced that I was doing The Krays,” says Kemp, referring to the 1990s biopic of the gangster twins. “Both times, it was people going, ‘What the fuck?’ I was looking at tweets I shouldn’t have, all of which were saying, ‘Gary Kemp’s the new Syd Barrett – what?’”

Kemp is keen to point out that his involvement isn’t as improbable as it seems. He is a longtime Floyd fan: in his teens, his tastes were torn between a love for glam rock and an interest in prog. “I went to a grammar school and all the more middle-class kids in the playground would be into Pink Floyd and Yes. They were the kids whose houses you’d go to and their parents would be reading broadsheets and talking about theatre – and they’d have a wok.”

Also, he notes, the London club scene from which Spandau Ballet emerged wasn’t that different from the milieu that first thrust Pink Floyd to fame: the reputation of both rested on being the London hipster’s house band of choice. “There were people at the Blitz Club who’d been at UFO. They were only 12 years apart. We started out as a cult band. We weren’t doing pop music as such – we went that way when we made True.” 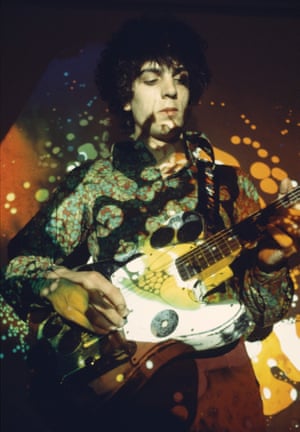 Still, he concedes, playing with a Saucerful of Secrets brings some specific challenges: whatever else Spandau Ballet may have been, they weren’t big on improvising on stage, while Syd Barrett’s songs frequently didn’t bother with standard structures or time signatures. “His writing’s like a machine where some of the cogs don’t touch each other,” says Kemp. “It looks like it’s falling apart, but it still works perfectly. You have to learn where it suddenly jumps to a different bit, where he’s just stuck an extra beat in, or taken one out. But Nick,” he says with a certain wonderment, “didn’t even think about it. He just sat down and played it: ‘Oh yes, I remember this.’”

“It’s still fairly clear, the memory of it,” shrugs Mason. “One sort of looks back and wonders at seeing oneself as such a naive, occasionally pompous sort of character in a pair of William Morris print trousers and boots, but I just do remember a lot of it.”

Whatever anyone’s misgivings, the band’s debut gigs in a selection of tiny London venues were greeted with a rapturous response from audiences and critics alike. Belying Pink Floyd’s later image as the horizontal stoner’s soundtrack of choice, Saucerful of Secrets sound thrillingly raw and punky. Neither of the other surviving members of Pink Floyd attended. “I’m fairly certain,” says Pratt, “that the last thing David Gilmour wants to do with his evening is stand in the back room of a pub in Putney surrounded by 300 obsessive Pink Floyd fans.”

But they did give the project their blessing. Exactly how long it all lasts, however, is a moot point. “I’m concerned it doesn’t become too big,” says Mason. “You don’t want it to get to the stage where the improvisation has to go out of the window because there’s too many people there and it seems like a risk.”

He lapses into a thoughtful silence. I think he’s going to say something about Pink Floyd’s famously fraught relationship with vast venues, when they’d dolefully protest about stadium audiences just wanting to get drunk or stoned rather than listen. But he doesn’t. “I’m sorry,” he smiles. “I’m just trying to think what I’m going to say to you when we meet backstage at Shea Stadium in three years’ time.”

It’s a perennial Floyd fan favourite – particularly as a gift at Christmas time – is this annual official wall calendar.

An item which has been produced for many years now, the standardised format is roughly the same size as a vinyl album – roughly 12″ (or 30cm) square, with the calendar opening up to have a double page spread per month.

The calendar this year – as the full title suggests – could be considered a companion piece to the band’s lavish Pink Floyd The Early Years 1965-72 box set (and subsequent “breakout” year sets). Each month provides a blend of (mostly) black and white shots from the band’s initial years, and includes live shots, backstage, studio and posed press pictures.

The calendar each year is often squirrelled away as a collectable for the years to come, and earlier examples are now quite sought after, and we’re sure this one will prove just as popular.

If you want to place your order now, you can do so through the Official Pink Floyd Shop by Clicking Here 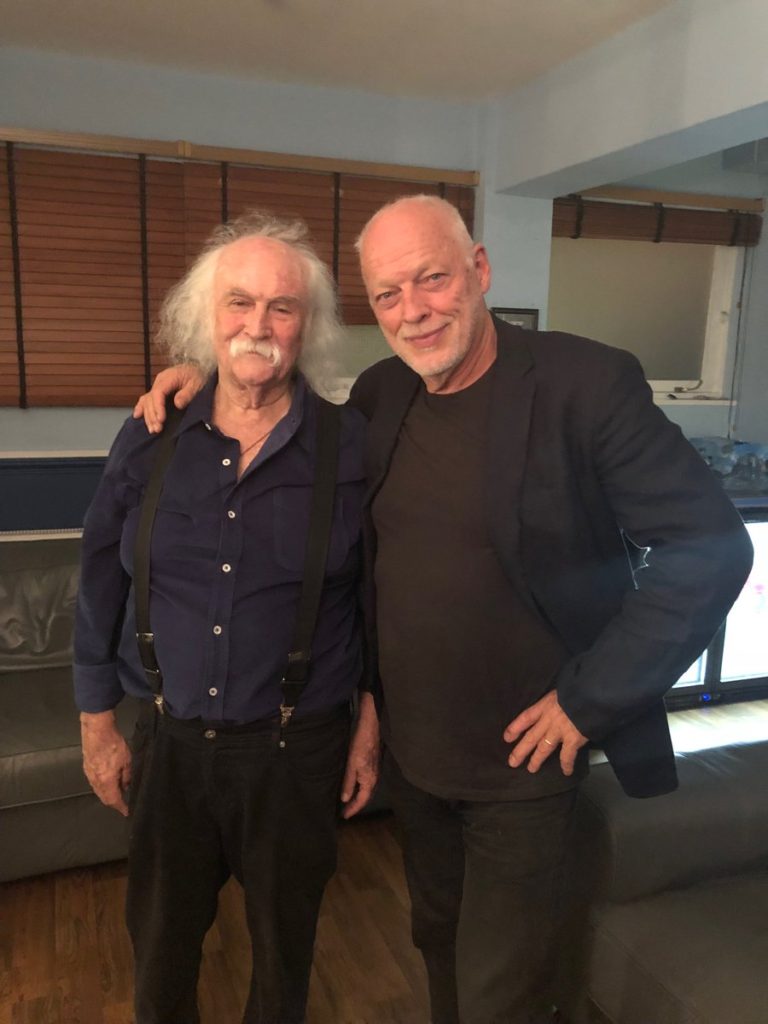 On the 16th September 2018 David Crosby brought his 37 Date European Tour to London’s 02 Shepherd’s Bush Empire. In attendance was none other than Polly Samson & David Gilmour.

Pink Floyd - Richard Wright "Wearing The Inside Out"

Rchard Wright, who co-founded Pink Floyd in 1965 and played on all but one album in the band’s discography, died 10 years ago today at the age of 65 after a battle with cancer. “It is hard to overstate the importance of his musical voice in the Pink Floyd of the Sixties and Seventies,” Waters said at the time in a statement. Wright’s jazzy piano and organ lines, his early songwriting credits and his venerable vocal performances were all hallmarks of Pink Floyd’s sound. “He was my musical partner and my friend,” Gilmour said. “In the welter of arguments about who or what was Pink Floyd, Rick’s enormous input was frequently forgotten.”

One of the most successful bands in the history of music allows visitors to take a look backstage. “The Pink Floyd Exhibition: Their Mortal Remains” grants visitors rare and unprecedented insights into the band’s 50-year history.

From 15 September 2018 onwards, this interactive multimedia exhibition will be based in the Dortmunder U, a city landmark visible from afar that is also an established centre for art and creativity.

Tickets can be reserved on eventim.de and also at all eventim reservation counters. After London and Rome, Dortmund will be the only place you can view the exhibition in Germany until 10 February 2019. Be prepared – it caused quite a stir when it was shown in the UK and Italy

The unique interactive exhibition in the Dortmunder U looks back at over five decades of iconic rock history and has a wide appeal that goes far beyond Pink Floyd fans. Using an intense combination of sound, text and image, the exhibition draws visitors in and allows them to experience what it feels like to be up on stage themselves.

Previously unreleased gig recordings, original instruments, unknown scribbles and many personal mementos from members of the British cult band make “The Pink Floyd Exhibition: Their Mortal Remains” an absolute must-see show for music lovers from Germany, the Netherlands, Belgium, Austria, Switzerland and beyond..

The Exhibition is open at the Dortmunder U from September 15th 2018 through till 10th February 2019 tickets can be purchased online by Clicking Here.