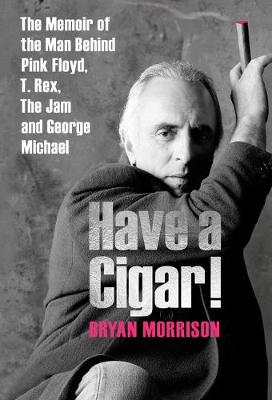 When the music impresario Bryan Morrison died aged 66 in 2008, after two years in a coma following a polo accident, he left behind his unpublished memoir. As a music publisher, manager and agent, Morrison had represented the Pretty Things, Pink Floyd, T. Rex, The Jam, Wham! and many others. He was also the founder and owner of the Royal County of Berkshire Polo Club.

In this candid and outspoken book, Morrison reveals the true stories behind why Syd Barrett of Pink Floyd once bit his finger to the bone, the Pretty Things were banned for life from New Zealand, and he became involved with the Kray Twins. He also tells how The Jam kissed goodbye to success in the USA, he received death threats when Robin Gibb left the Bee Gees, and signing a publishing deal with George Michael and Andrew Ridgeley as Wham!

Spanning the golden age of British rock ‘n’ roll from the 60s to the 80s, this is the extraordinary story of a cigar-chomping, East End entrepreneur, with a passion for art and design, fashion, music and polo.