Towards the end of Syd Barrett’s journey with The Pink Floyd, Barrett wrote the song Jugband Blues, an honest assessment of his situation in the band as he was losing touch with those around him. A promo film for the song was made in December 1967 by Blackhill Enterprises for the U.K. Central Office of Information. It was shown on a magazine program about Great Britain that was networked across America and Canada. Up until recently, the film was considered to be lost.

In 1968, two members of “The Manchester Arts Lab” traveled to London to try and obtain some films to show at the Art Lab. They managed to borrow a 16 millimeter print of the Beatles, Magical Mystery Tour, loaned to them by a friend of The Beatles. They also visited Blackhill Enterprises, where they were loaned a copy of the Jugband Blues promo film.

They returned to Manchester with these films and showed them on a regular basis for quite some time at the Manchester Arts lab. Eventually, the Magical Mystery Tour film was returned to the Beatles, but the Jugband Blues film remained in the possession of one of the organizers of the Arts Lab until 1999, when it was re-discovered and transferred from film on to videotape.

The video transfer of the Jugband Blues film looks pretty good, although it does suffer somewhat from age. Parts of it are dark, while other parts show scratches and other imperfections that were on the film. But for a film that is 34 years old, it still looks remarkably good.

The audio for the Jugband Blues film, however, is another story. The soundtrack that is on the film has badly deteriorated. The person with the video master referred to the sound as “shot to pieces and like listening to mud.” In order to try and improve the sound quality, a new soundtrack was dubbed onto the video. The audio of Jugband Blues that was used for the new soundtrack came from a bootleg recording of the song, and is most likely the version from the BBC recording session on December 20, 1967. While the new soundtrack sounds clear, it does suffer from occasional dropouts, and it is out of synch with Barrett’s lips as he sings during various points in the film.

Despite the various imperfections, this film is still an amazing find. It documents Syd Barrett and The Pink Floyd at the very end of their time together.

The film begins with a close-up shot of an acoustic guitar. As the camera pans back, it reveals a frontal shot of Syd Barrett playing the guitar and singing. 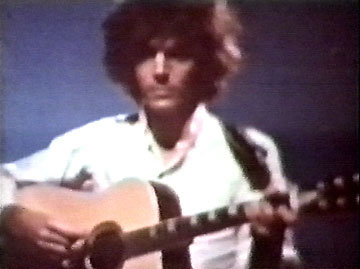 “It’s awfully considerate of you to think of me here, and I’m most obliged to you for making it clear that I’m not here.”

Syd Barrett’s face fills the screen, first from the right side, then from the left side. 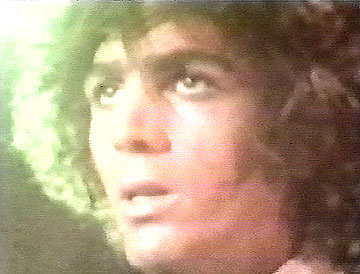 The camera pans around Barrett’s head, from the left side of his face to the right side. 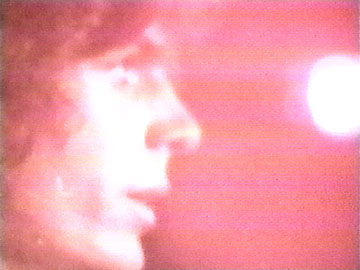 “And I’m grateful that you threw away my old shoes, and brought me here instead dressed in red” 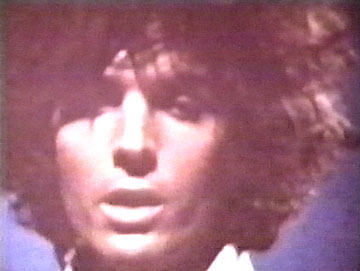 “And I’m wondering who could be writing this song.” 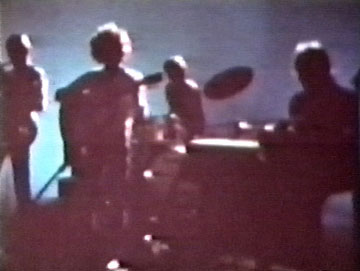 Rick Wright is shown singing, again followed by a pan back to full band shot. It ends with Syd’s face once again filling the screen. 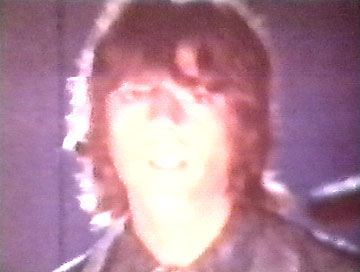 “And I don’t care if I’m nervous with you, I’ll do my loving in the winter.” 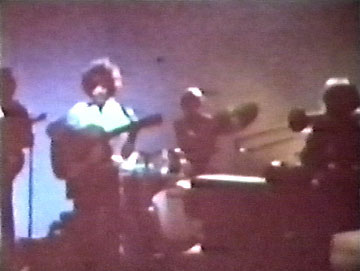 As the instrumental section of the song begins, the whole band is shown jamming, with Rick playing trombone. 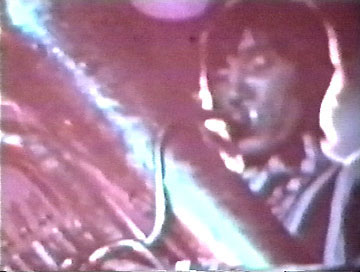 Roger is shown playing a tuba. 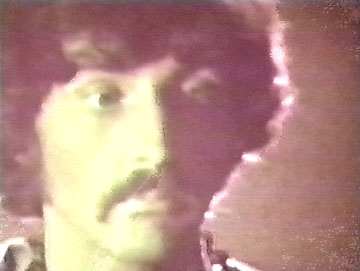 And Nick is on drums.

At this point in the film, the instrumental section fades into an improvisational sound effects section. This improvisational section consists of brief flashes of different images. A large spotlight is shown shining into the camera, then the ceiling, another spotlight, the ceiling again, flashes of the musicians, and a psychedelic pattern. As the improvisation section fades into the spotlight, you can once again see the full band. Rick puts down his trombone and picks up a whistle. 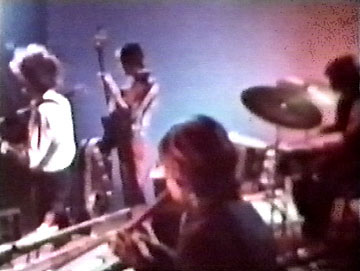 Syd’s face once again fills the screen as he sings the final refrain. 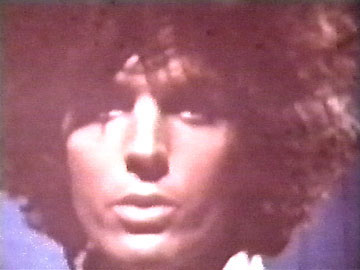 Our thanks go Vernon Fitch for the pictures and text you see on this page. Vernon is the custodian of all things Floyd and has an outstanding web site