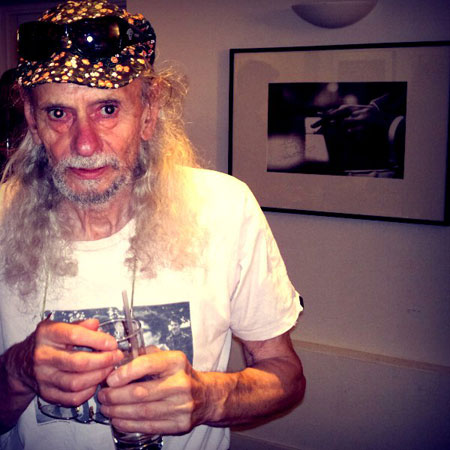 John “Hoppy” Hopkins is a name familiar to many Pink Floyd fans, and indeed, we should be truly grateful for the role that he played in the band’s days as the darlings of the London psychedelic scene. Hoppy was the man behind the London Free School, and a subsequent fundraiser event in 1966, which was headlined by Pink Floyd. When Hoppy and Joe Boyd went on to set up the UFO club later that year, the Floyd was the natural choice for house band.

As well as this, Hoppy also co-founded counter culture magazine International Times (the launch party for which was held at the Roundhouse, and had Pink Floyd as the evening’s entertainment), and was a photographer for such publications as Melody Maker, The Times and Peace News.

This exhibition of a diverse selection of his photographs features portraits of music legends The Beatles, The Rolling Stones, Thelonious Monk, and Marianne Faithful. Juxtaposed with these are images of the seedier side of London in the 1960s – a tattoo parlour, drug dealers, and a joint-rolling party (attended by former Pink Floyd manager Andrew King!). There are also photographs of CND marches, children playing in derelict building sites, and infamous beat poet Allen Ginsberg holding court while naked at his 39th birthday party.

Hoppy was more than happy to chat about his work with us, discussing the inception of the London Free School, explaining why he didn’t want to get a tattoo from the tattooist in his photographs, and recalling how his joint-rolling failed miserably when he met author Ken Kesey.

Also in attendance was UFO co-founder Joe Boyd, who produced Arnold Layne for Pink Floyd, and went on to work with Nick Drake, Fairport Convention and Richard Thompson. Joe is currently embarking on a spoken word tour of his memoir White Bicycles: Making Music in the 1960s, where his talk is accompanied by Robyn Hitchcock performing the songs as Joe discusses them. 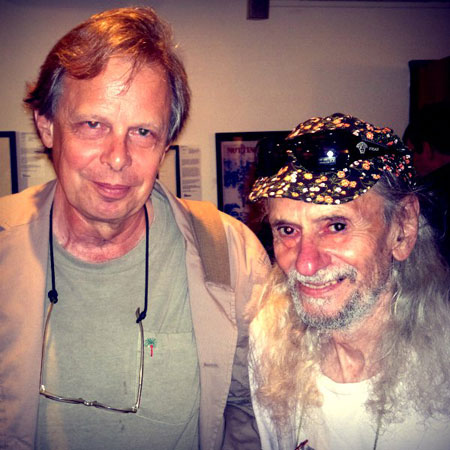 We were also lucky enough to bump in to the very charming Jeff Dexter, (dancer, singer, DJ, promoter, manager, record producer, club host, events organiser and lifestyle consultant and UFO regular) who was there along with Syd Barrett’s former girlfriend Jenny Spires. 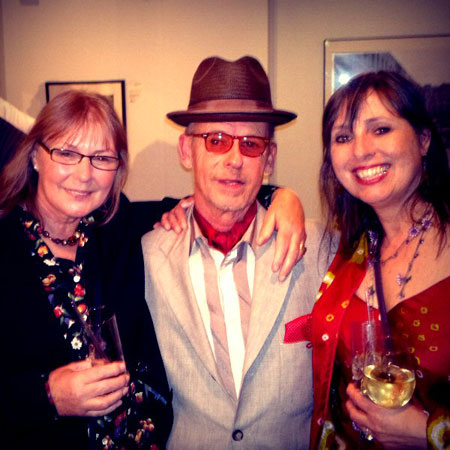 Don’t miss your chance to see this fascinating glimpse of the 1960s counter-culture!