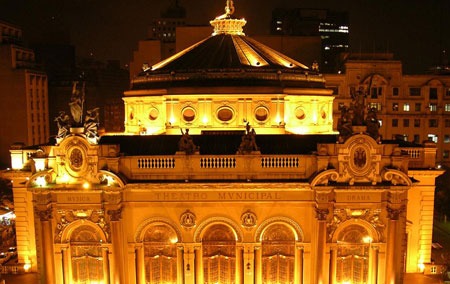 After a sell out season at the beautiful Teatro Amazonas in Manaus Brazil in 2008, Roger Waters opera Ça Ira returned to Brazil in May 2013, this time to the Theatro Municipal de São Paulo (Sao Paulo’s main Opera House, pictured above). There were 4 performances, being on the 2nd (Opening night) and on the 4th, 7th and 9th.

Roger attended the rehearsals on 30th May and was at the performance on the 2nd and he was also there on the 4th when the pictures directly below were taken. The conductor was Rick Wentworth and Lika Geribello and Cristiane Rossetto are responsible for the production. Full Cast & Team  We understand a few subtle changes have been made and that reflect some of the problems of the world today.

Above pictures © Juliana Arnes and approved for publication by Lika Geribello

Above pictures © Bob Toledo and approved for publication by Lika Geribello 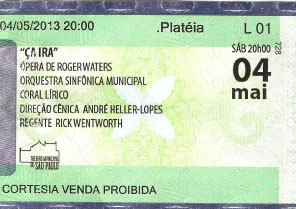 Thanks to Joaquim Arnês Filho