It is with great regret that the dates for A Theatre For Dreamers – An evening of words and music with Polly Samson and David Gilmour have been cancelled admist the current global pandemic. 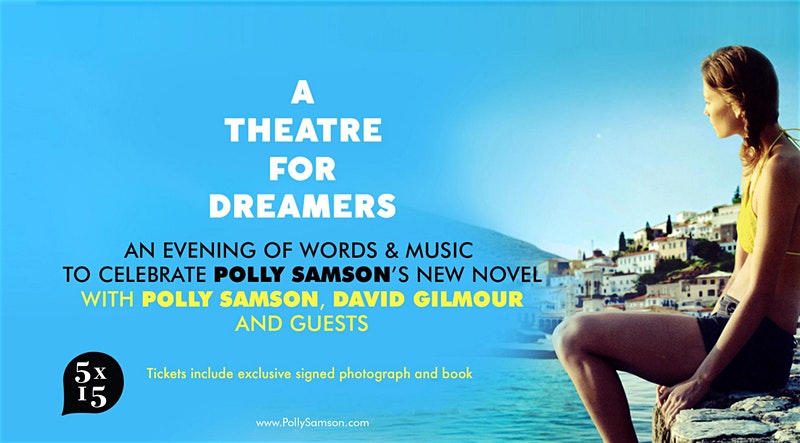 Polly Samson’s new novel, A Theatre For Dreamers, will be published by Bloomsbury on April 2.

It’s set among the bohemian community on the Greek Island of Hydra circa 1960, and features Leonard Cohen and his girlfriend Marianne Ihlen as characters.

Samson will launch the novel with three “evenings of words and music” alongside her husband David Gilmour. Each of these events will feature Polly Samson in conversation with journalist Rosie Boycott, readings, film and live music, including a new song “Yes, I Have Ghosts” written by Gilmour and Samson.

Tickets go on sale on Friday (Feb 14) at 10am from Pollys official website by  Clicking here.

Ticket prices include a signed first edition of A Theatre For Dreamers and an exclusive portrait of Polly Samson and David Gilmour taken on Hydra and signed by them both.

If you have anything related that you think may be of interest, drop a line to liam@pinkfloydz.com