On 1 April 2004 David Gilmour appeared as part of the Jools Holland & Friends show at London’s Royal Albert Hall. The show was put on in order to raise money for the Teenage Cancer Trust Jeff Beck, Ronnie Wood, Tom Jones, Solomon Burke, Chrissie Hynde, Ruby Turner, John Cale, and many others, also appeared on the bill and performed around in forty songs. The show was organised by The Who.

David Gilmour appeared very late in the proceedings, and performed “I Put A Spell On You” with Mica Paris (vocals) with the Jools Holland band doing the back up. David reappeared a few songs later and performed a song with Ruby Turner.

The Pogues lead singer Shane McGowan apparently stumbled onstage looking decidedly ‘under the weather’ He ended up throwing an ashtray and a glass down onto a piano, and looked bloated. As he left the stage, he told a cameraman to f*ck off.! 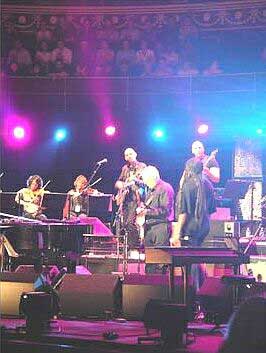 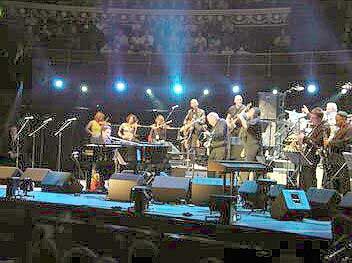