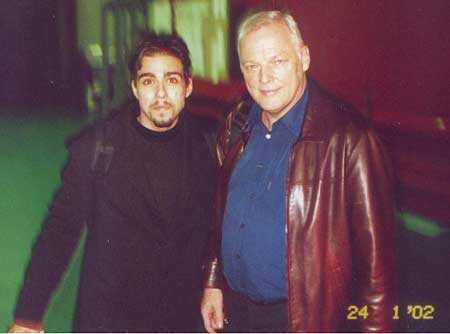 Haim from Israel gets to meet his hero

In January 2002 David Gilmour performed a series of 5 ‘unplugged’ concerts, starting in London, he performed at the Royal Festival Hall on January 16, 17 & 18th. He then performed 2 concerts on 23 & 24th January at the Palace Of Congress Paris.

Thanks for these snippets go to Jonathan Hornibrook. lacrobat@globalnet.co.uk

All pictures (unless stated otherwise) in this series of concerts are kindly provided by Simon Wimpenny and are copyright.