David Gilmour’s association with the band Unicorn has not been particularly well documented over the years. Some publicity was given to the relationship late in 2009 when two rare David Gilmour produced albums by Unicorn ‘Blue Pine Trees’ and ‘Too Many Crooks’ were released on CD, but the story of David’s early involvement with them is little known. However, thanks to Todd Glenn from the most excellent Unicorn Site the story has unfolded. The following is an extract from the Unicorn Band History that appears on Todd’s site and we thank him for that and the two great pictures you see on this page. 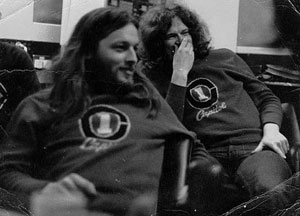