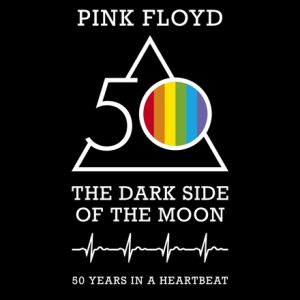 With the primary focus of the celebration being a Deluxe Edition boxset that is due for release on March 24, 2023, the same month as the original release back in 1973, there are also scheduled releases of the content in standalone, singular editions in various formats.

The new deluxe box set includes the newly remastered studio album on CD and gatefold vinyl, as well as the original 5.1 mix and remastered stereo versions on Blu-ray and DVD. The set also includes an additional new Blu-ray disc of the Atmos mix, plus a CD and LP of ‘The Dark Side Of The Moon: Live At Wembley Empire Pool, London, 1974’.” CD1: “The Dark Side of the Moon” (50th Anniversary) 2023 Remaster— James Guthrie has remastered the original studio album, which comes in a gatefold sleeve with a 12-page booklet.

CD2 : “The Dark Side of the Moon” Live at Wembley Empire Pool, London, 1974, mixed by Andy Jackson, in a gatefold sleeve with a 12-page booklet. Aubrey Powell of Hipgnosis and Peter Curzon of Storm Studios designed the cover. Original 1973 line drawn cover artwork by George Hardie

160-page Thames & Hudson Hardcover Book with rare black-and-white photographs from the 1973–74 tours of the UK and the USA taken by Jill Furmanovsky, Peter Christopherson, Aubrey Powell, and Storm Thorgerson

Replicas of the pamphlet and an invitation to the preview of The Dark Side of the Moon at the London Planetarium on February 27, 1973. Stand Alone Versions : As mentioned above, there are also planned standalone releases on the 24th of March; the CD and LP versions.

“The Dark Side Of The Moon: Live At Wembley Empire Pool, London, 1974” will be released separately from the box set.

It was originally recorded in November 1974 as part of the band’s winter tour, and this is the first time it will be available as a stand-alone album, with artwork featuring an original 1973 line-drawn cover by George Hardie. Book: “The Dark Side of the Moon” by Pink Floyd is a book designed by Pentagram to high specifications. This official book commemorating the band and the album will be a covetable package for the legions of Floyd fans out there – new and old.

This luxurious book is divided into two parts. The first documents the members of the band between 1972 and 1975, during the making of the album, the album release, and throughout the album tours in the UK, US, Europe, and Japan, in 120 candid black-and white photographs by Storm Thorgerson, Jill Furmanovsky, Aubrey Powell, and Peter Christopherson. A review of the October 1972 Wembley gig by Chris Charlesworth, originally published in Melody Maker, provides insight into one of Floyd’s most celebrated performances.

The second part explores in 60 colour images how Hipgnosis and StormStudios’ original prism motif evolved into an array of graphics and homages to the world’s great artists, some of which went on to grace the band’s future projects. 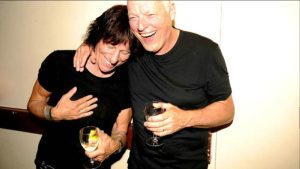 We are very saddened to share the news that Jeff Beck has passed away at age 78.

Jeff Beck’s connection within the Pink Floyd family goes back to his collaboration on Roger Waters’ 1992 Amused to Death album and with Jon Carin joining Jeff for a rendition of ‘Where Were You” at Richard Wright’s memorial service (at the request of Rick).

Jeff’s last Floyd-related collaboration was when David Gilmour joined on stage for a rendition of “Jerusalem” at Jeff Beck’s Royal Albert Hall show on July 4, 2009.

” I am devastated to hear the news of the death of my friend and hero Jeff Beck, whose music has thrilled and inspired me and countless others for so many years. Polly‘s and my thoughts go out to his lovely wife Sandra. He will be forever in our hearts.” – David Gilmour

Today we celebrate the legacy of Pink Floyd founder Syd Barrett on what would have been his 77th birthday.

He was the principal songwriter behind the band’s debut – 1967 masterpiece The Piper at the Gates of Dawn – and a handful of strong early singles that helped define the psychedelic age. His creative genius was derailed by a drug-fueled psychological collapse, forcing his 1968 removal from the group he helped form. Though Barrett helmed Pink Floyd for barely two years out of their three-decade career, his specter haunted the band for the remainder of their existence and his presence is felt in some of their finest work.

By the end of his life, he had reverted to his birth name, Roger, and settled into his role as an amateur painter and local eccentric in his native Cambridge, England. Syd Barrett, the rock icon, died long before pancreatic cancer claimed his physical body on July 7th, 2006. 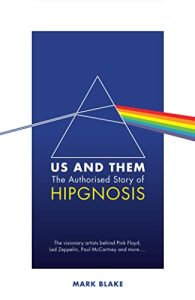 Between the late ’60s and early ’80s, design house Hipgnosis created some of the most iconic and ubiquitous album artwork of all time. Their original lifespan coincided with the golden age of the 12-inch LP, beginning just as the Beatles’ Sgt Pepper made the record sleeve the ultimate blank canvas and ending just as new technology looked set to usurp vinyl.

Having originally been approached to design an album cover for their friends Pink Floyd, students Aubrey ‘Po’ Powell and Storm Thorgerson would go on to define the visual identity of rock and roll for the next fifteen years, swiftly gaining international prominence for their famed The Dark Side of the Moon artwork. This paved the way for other major musicians to set foot in the surreal photo-design world of Storm and Po, resulting in seminal Hipgnosis creations for the likes of Led Zeppelin, Paul McCartney, Genesis, Black Sabbath, ELO and Yes.

In this authorised account, with access to previously unpublished material and exclusive contributions from David Gilmour, Jimmy Page, Peter Gabriel, Roger Waters, Robert Plant and even Aubrey Powell himself, Mark Blake goes behind the scenes of the Hipgnosis partnership to reveal the pioneering ambition and grand vision that led to their success, as well as the clashing egos and artistic differences that undermined it. The Hipgnosis story also offers hitherto-untold insight into some of music’s most legendary bands, as viewed through the prism of the people who shaped their imagery and cultural legacy.

With the work of Hipgnosis continuing to be referenced, reproduced and revered worldwide, Us and Them serves as a celebration, a cautionary tale and a compelling human drama, exploring the vital intersection between art and music.

Scheduled for release on the 2nd‎ February by Nine Eight Books, Pre-orders can be made over at Resident Music with limited signed copies by Clicking Here 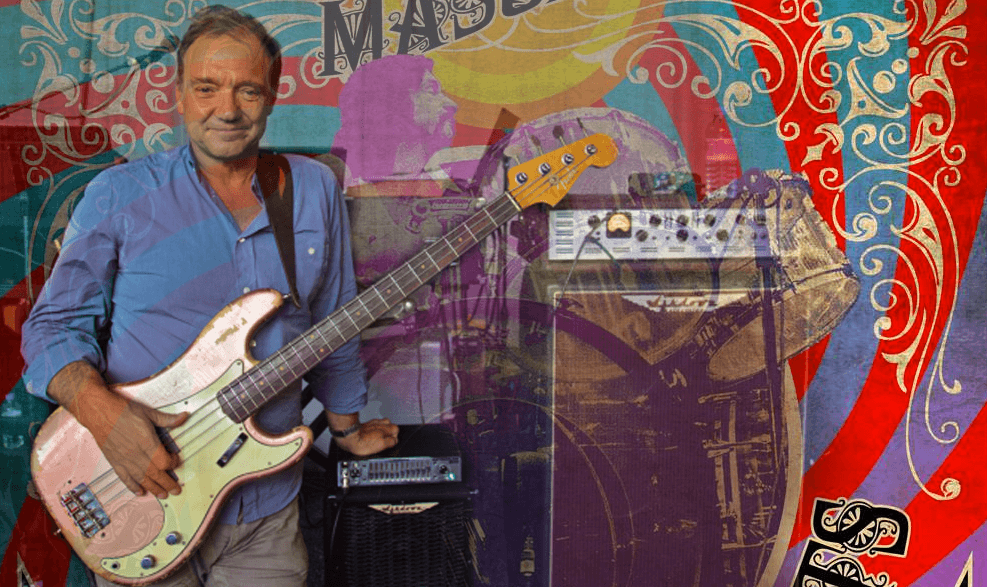 A Fleeting Glimpse Would Like To Wish Guy Pratt A Happy 61st Birthday !! 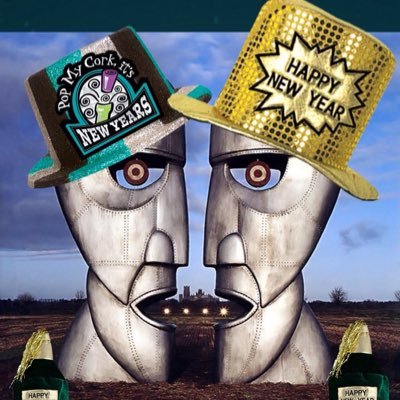 In an unexpected turn of events, we were greeted by a large number of new visitors thanks to Roger Waters collaborator Andy Fairweather Low, who appeared on the UK show Jools Holland Hootenany to celebrate the New Year festivities.

2023 is already shaping up to be a great year for Pink Floyd fans, with the 50th anniversary of The Dark Side Of The Moon and its planned release, as well as Roger Waters’ This Is Not A Drill 2023 Tour.

From all of the team here at A Fleeting Glimpse, we wish a happy new year to you all. 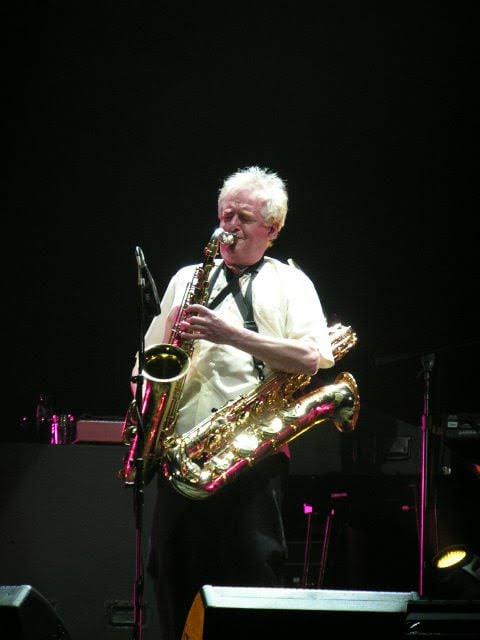 From all of us here at AFG we extend our best wishes to Dick Parry on his 80th birthday !!

Dick Played saxophone on The Dark Side of the Moon, Wish You Were Here, and The Division Bell, as well as in every Pink Floyd live performance between 1973 and 1977, and the 1994 world tour,

He was last seen on stage with David Gilmour during the 2006 On An Island Tour.