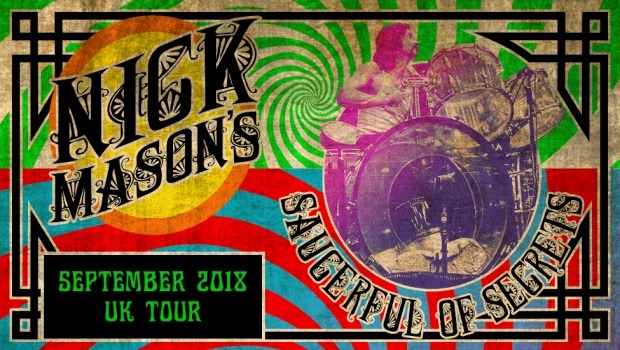 Ticket Sales Are Flying Out The Window!!
We highly recommend picking up a ticket before the tourfully sells out.

Tickets can be purchased via www.thesaucerfulofsecrets.com 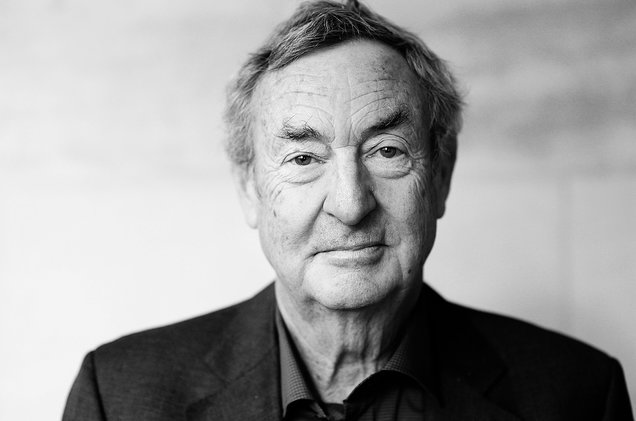 Up until recently, it would have appeared that Pink Floyd’s founding drummer, Nick Mason, was semi-retired from music. It has been four years since the release of Floyd’s last studio album, The Endless River. With a few rare exceptions—such as when he guested at Roger Waters’ 2011 The Wall show, and appeared with Ed Sheeran to play the closing ceremony at the 2012 Olympics—Mason hadn’t performed in public for an extended period of time; Pink Floyd’s last major tour was for The Division Bell album nearly 25 years ago.

That recently changed for the 74-year-old drummer, the only member of Pink Floyd who has performed on all of the band’s studio albums. This past May, he played four intimate concerts in London with his new band, Saucerful of Secrets. The setlist for those shows concentrated on Pink Floyd’s early years—especially songs with founding singer/guitarist Syd Barrett – more than the commercially successful post-Dark Side of the Moon material. Following those gigs, Mason and Saucerful of Secrets— which consists of guitarist Lee Harris, longtime Floyd touring bassist Guy Pratt, Spandau Ballet guitarist Gary Kemp, and keyboardist Dom Beken—will embark on an 21-date European tour starting Sept. 2 in Stockholm. 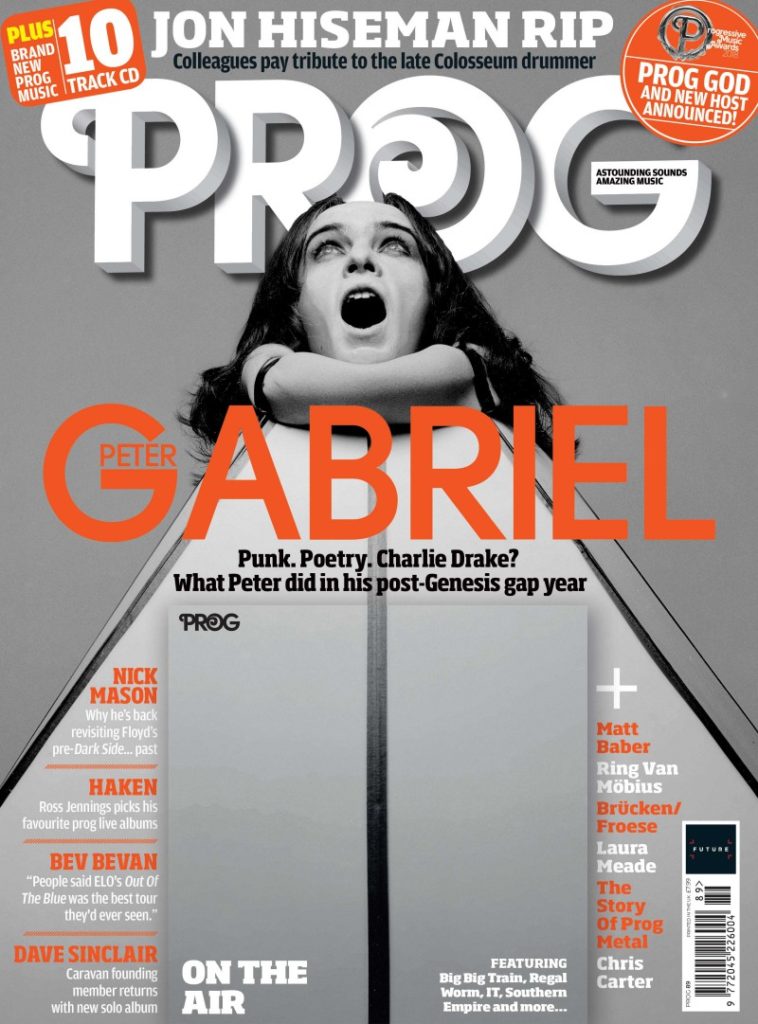 The new issue of the UK’s Prog Magazine is published today (July 19th), and amongst the interesting articles about various artists who fall within the progressive music sphere, there’s a very enjoyable, and insightful, interview with Nick Mason and his new band members Gary Kemp and Guy Pratt about their Saucerful Of Secrets supergroup, the joys of improvising, and why they definitely won’t be doing Comfortably Numb.

Accompanied by a couple of great, double page shots of the band backstage, and in action in their recent intimate London gigs, the interview is a fun and insightful look at how the band came together, what informed the set list, the importance of improvisation – as was done by the Floyd in their earlier days – and throughout it is clear how much all the band are enjoying the experience.

Peter Gabriel’s on the front cover as there’s a look at what went on when Peter left Genesis in 1975 up until the release of his first solo album Car in 1977 – a fascinating 20 months in which he grew cabbages, worked with a poet, released a little know single, covered The Beatles, went to see Bruce Springsteen and the Sex Pistols, and got Robert Fripp, Phil Collins, Sandy Denny, Keith Tippett and Percy Jones to play on a single by comedian Charlie Drake. And finally, with help from old Genesis pals Anthony Phillips and Richard Macphail, emerged as the solo artist in his own right, all illustrated with a load of previously unseen Gabriel pictures.

Also in Prog 89, Is an interview with Bev Bevan, the former ELO and Black Sabbath drummer, articles on other prog artists, concert and album reviews, and a cover mounted CD including music from Big Big Train, Regal Worm, Southern Empire, James McFadden and more.

Prog Magazine is available in most major uk newsagent outlets, You can also purchase it online by clicking here.